Investing their emotions deeply into their roles, many artistes have fallen for their co-stars in the past. Ali Lee (李佳芯) revealed that she admired Moses Chan (陳豪), and found him to be a rare breed of men.

On talk show Sisters Talk<絲打圍爐>, Ali gushed over working with Moses. Chatting with hosts Harriet Yeung (楊詩敏) and Shiga Lin (連詩雅), Ali shared that she is good at controlling her emotions–however if she were to fall for a co-star, he would be Moses.

“I’ve filmed many dramas with Moses, and we grew close after filming Our Ages Apart <跨世代>. Moses is a really nice person, and takes care of me regardless of whether we are filming or not. He is also a great father and husband. It crossed my mind at one point that if I had entered the industry a few years earlier and if he had not been married, then I may have actually fallen for him because he is a really wonderful man,” Ali admitted candidly.

Ali was most impressed that Moses is such an attentive husband. “When he’s on the filming set, he would FaceTime [his wife] Aimee Chan (陳茵媺). It’s so sweet! He’s really great husband material.” 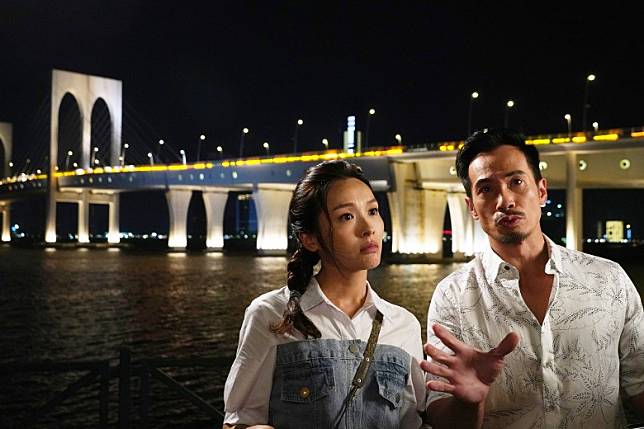 Turning the conversation back to her own take on relationships, Ali stated that she has a very independent personality, which lead to her partners feeling like they were not needed. “I also didn’t want to burden them. If I can take care of [issues], then I will. This definitely undermined my relationships.”