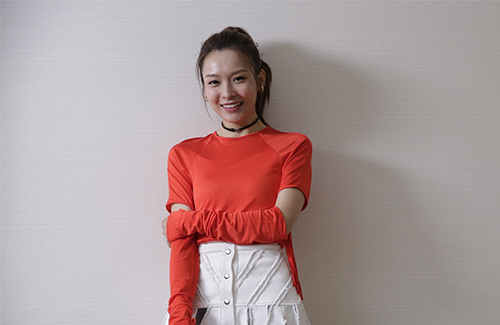 In June 2019, Ali Lee (李佳芯)—then freshly crowned as Hong Kong’s TV Queen—went on Instagram to tell her fans to register to vote. The post attracted the ire of mainland Chinese fans and, as damage control, TVB pulled Ali off the casting list for several dramas, including the Chinese co-productions Legal Mavericks 2 <踩過界II> and Big White Duel 2 <白色強人II>. Ali’s screen time in a teaser trailer for Death By Zero <殺手> was reduced to only one second, and all on-screen work featuring Ali were either postponed or temporarily halted. She was henceforth officially deemed as “frozen” by the media.

Now, one year later, Ali is officially out of the freezer following the premiere of Death By Zero on June 29, 2020. Death By Zero is not only a popular success, Ali herself—who has been out of public’s eyes for a year—is still as popular as ever. For many artistes, being frozen for a year would mean a huge reduction in popularity and income. But for Ali, being frozen for a year actually increased her popularity with the public. Even those who don’t normally follow TVB artistes have become members of Ali’s growing fanclub.

While Ali has never exactly avoided questions about her being frozen, she has always been very careful with how she answered them. “I don’t want to respond to those questions anymore,” she said. “Every time I say something, people would just end up repeating the question again, as if I never responded to it in the first place. So the best thing is to not say anything anymore.”

Ali never inquired about her forced hiatus from TVB. Truthfully, she never needed to. “That’s the media’s job,” she said. “The game is to write something interesting so the viewers have something to read and talk about. Why would I do their job? I don’t find it necessary.”

Reports like to describe Ali as unlucky—within months of winning Hong Kong’s TV Queen award, her career had to be put on hold. But Ali, surprisngly, actually considers herself to be one lucky woman. “People say that if you have negative news, you are successful. I guess I made it. I actually think I’m quite lucky. I’m a very simple person. I only want to do what I like to do, and I like to be an actor. At least, at this very moment, I still really like acting. I want to comfortably continue this career my own way. I don’t know how far this career will take me, but I am on target with my goal.”

Ali debuted in 2005 as a model. From 2008 to 2012, she worked as a TV program presenter for Cable TV. Upon the end of her contract, she signed with TVB, and in 2014, she had her acting debut in Outbound Love <單戀雙城>. Ali maintained a prolific resume in the next two years, and became known among the industry as TVB’s “favorite mistress”. Most of her roles were either money-hungry seductresses or the third person in a relationship. It negatively impacted Ali’s image, to the point where even her friends had told her to quit.

“They were concerned that I would get typecasted,” she said. “But then I would ask, why not? If I turned those roles down, then I lose my job. Of course I want to continue playing the mistress. It’s just acting. It’s not real life. In fact, the more I play those roles, the more I want to do better in them. I just really enjoy watching my own work. I would immediately know if I did well or not. That’s just my personality. I really like to consistently challenge myself, so I know how to do better next time.”

After four years with TVB, Ali finally made it to first-tier, debuting her first performance as lead actress in 2016’s Law dis-Order <律政強人>. In 2018, she won Best Actress for her performance in Who Wants a Baby? <BB來了>.

Ali deserved to celebrate her success, but not only did that success not last long, Ali had to put her entire career on hold for next year.

But that hasn’t stopped Ali from being happy. “As long as I can eat and sleep, I’m happy. Find a reason for you to move on. That’s enough for me.”

14 comments to Ali Lee Reflects On Her “Frozen” Status: “I’m Actually Quite Lucky”