Alice Chan (陳煒) announced she got engaged! On her 48th birthday on November 21, her boyfriend Aldous Chan (陳國強) surprised her when he proposed in front of their friends.

At a French restaurant, Aldous prepared 99 red roses and a cake which was written, “Happy Birthday, Mrs. Chan.” He then pulled out a three-carat diamond ring before kneeling down to ask her to marry him. 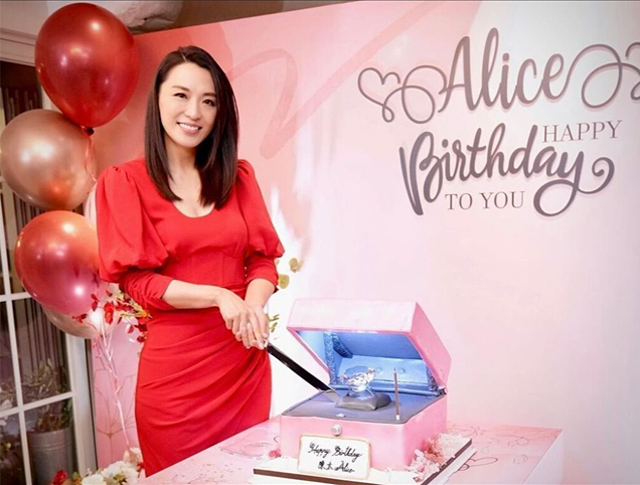 Alice’s friends Rebecca Zhu (朱晨麗), Eliza Sam (岑麗香), and designer Dorian Ho (何國鉦) had helped prepare for the surprise proposal to make sure all the details would go as planned.

The couple’s engagement did not come as a surprise, as Alice was seen happily shopping for a new home purchase in January. 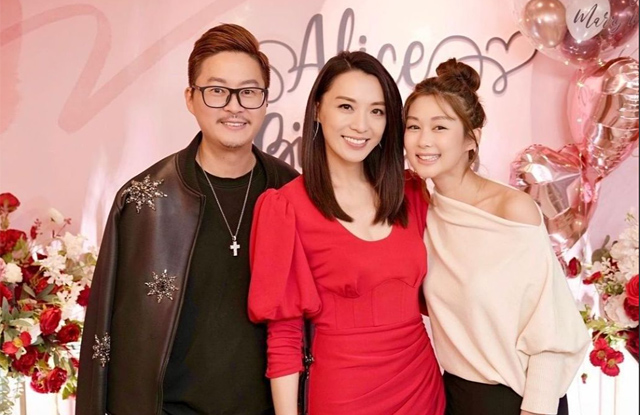 Alice and Aldous met through Ben Wong (黃智賢), and they were friends for over a year before starting to date. “Dr. Chan is not a romantic, but is very attentive. He is very good at drawing, and the most romantic thing that he has gifted me is a hand drawn card,” Alice enthused.

Although Alice and Aldous were previously divorced from separate marriages, their relationship progressed steadily and they have been cohabiting for one year. Both dated with consideration of a second marriage in mind.

Prior to meeting Aldous, Alice was involved in a high-profile divorce with Taiwanese businessman James Yen (顏志行), who was three years her junior.

In 2008, Alice had retired from the industry to marry James. Due to his business, they moved often from Taiwan, Beijing, and Thailand. It was hard for Alice to make new friends, and she felt very isolated and lost her sense of self-worth when her days were filled with cooking and doing household chores.

In 2012, Alice suggested to her husband that they move back to Hong Kong so that she could take care of her ill parents. Unfortunately, her husband asked for a divorce. She sorrowfully returned to Hong Kong alone, while continuing to film dramas to numb her heartbreak. For five years, she kept her divorce a secret. Alice had used work to help mask the pain, but luckily she met Aldous and found a second chance in love.

This article is written by Kiki and Jayne for JayneStars.com