TVB’s harsh filming schedule with little rest time is widely known. Regardless of whether the artiste is a newcomer or a veteran, he or she is still subjected to the same unforgiving filming conditions. While filming Deep in the Realm of Conscience <宮心計2深宮計> was already one of her most difficult experiences, Alice Chan (陳煒) reached a new personal record of 46 hours of no sleep on the filming set of Forensic Heroes IV <法證先鋒 IV>!

In a previous interview, Alice expressed that she would not take naps while at work, even if there was a break in between filming her scenes. At the time, she used her filming experience from Deep in the Realm of Conscience as an example. “I have always been like that since the day I started my career in showbiz, no matter how tired I am. After I take a nap and have to go back to filming, I wouldn’t feel awake or alert. It’s like I’m no longer mentally there. While filming Deep in the Realm of Conscience, there were several times where I would not remove my hair and headset for three days straight. That means I don’t wash my hair or remove the headset, so that I could squeeze in three hours to sleep. I’d consider that time the most exhausting since I’ve entered the entertainment business.”

Filming Forensic Files IV led Alice to a new level of exhaustion, having to film more than 30 scenes and going a 46-hour stretch with no sleep. Alice expressed, “Actually, not all of those scenes involve me. There are a few scenes in between that filmed only Akina Hong (康華) and Timothy Cheng (鄭子誠). I would use that time to get some rest, but I didn’t take a nap or sleep. Instead, I would practice my lines.” Despite all of this, when it came time to film her scenes, Alice immediately got into character and was able to complete the scenes smoothly. 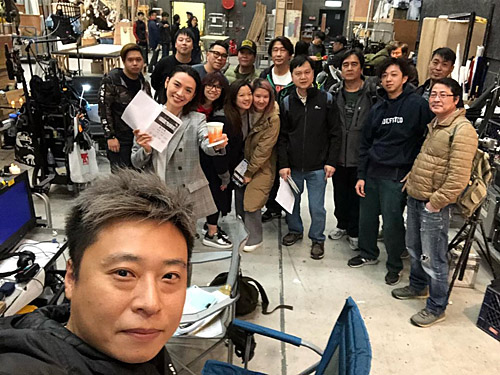