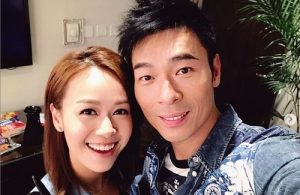 Last April, Jacqueline Wong (黃心穎) and Andy Hui‘s (許志安) images went downhill immediately after their Sum On Scandal shocked the entertainment industry. As a result of their infidelity, TVB shelved Jacqueline’s dramas while Andy canceled his concert. After 18 months, Jacqueline’s drama, The Offliners <堅離地愛堅離地>, is finally scheduled to air in 2021, whereas Andy will be releasing a new song soon.

Andy already tested the waters with his comeback when he appeared as a guest on ViuTV’s music show, Chill Club, this past June. Given that it was his first public appearance since the suspension of his work, he shared with the media, “During this period of silence, meditation, and reflection, I have matured a lot. I have been trying hard to move forward.” 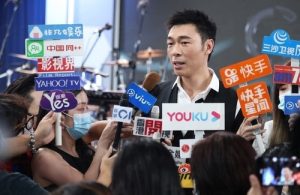 Andy’s wife, Sammi Cheng (鄭秀文), also expressed her forgiveness toward her husband and encouraged his comeback appearance on Chill Club. “My wife told me that I need to be 100 percent ready, positive, and confident. She said I need to face the future with courage and that I need to do it even if I am nervous,” Andy previously shared.

With the support of his wife, he is ready to face the public again – four months since his comeback appearance. His company, Sun Entertainment Culture Limited, hopes that he can rejoin the music industry with a new song. However, the details still need to be fleshed out. Sun Entertainment’s music director Joey Tang (鄧建明) expressed that he would tell the public once he has news.

Staying Low While Away From the Public Eye

While Andy is confident that the public will accept him one day again, he understands that it will take time. Hence, he has been staying low during his hiatus and maintained a low profile when he handed out face masks to the elderly with his good friend William So (蘇永康) on behalf of the Banyan Services Association. At the time, Andy did not let the charity staff know in advance, and when the workers recognized Andy, the star rejected appearing on-screen. William explained that Andy’s personality is low-key. The organization posted on Facebook that Dicky Cheung (張衛健) and Edmond Leung (梁漢文) also donated face masks.