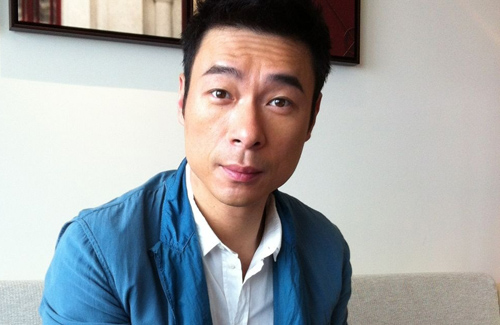 Although Andy Hui (許志安) and Sammi Cheng‘s (鄭秀文) marriage seems like an open secret, the two have been adamantly denying it in front of the press. When Wilfred Lau (劉浩龍) accidentally spilled that the two have indeed already tied the knot, Andy seemed to have trouble covering up his displeasure and immediately drew a clear line between himself and Wilfred.

Even though Sammi has rejected Andy’s proposals for years, the 41-year-old songstress finally agreed to marry after a surprise proposal at her 2013 birthday party. The couple later traveled to Bali with close family members to celebrate the engagement, though tabloids revealed that the two were actually there for a private wedding ceremony. Their manager later emphasized that Andy and Sammi were simply engaged and had plans to officially register their marriage later in Hong Kong. More recent reports revealed that the couple will hold a wedding banquet in May, after which they will spend two months cruising around the world.

While most happily assume that they are already married, Andy and Sammi have yet to make a formal announcement and have kept a low profile about their engagement. Unfortunately, Wilfred forced the matter back into the spotlight this week. While interviewed at a concert on May 5, Wilfred was asked if he would consider following Andy and Sammi’s example and move in with girlfriend Joey Yung (容祖兒). Wilfred carelessly blurted out, “But those two are already married!”

Although Wilfred tried hard to explain that he had made the assumption based only on recent gossips, the damage was already done. When reporters sought comment from Andy at the same concert, he awkwardly said, “It’s not true. Don’t mind him,” and did not elaborate further.

When confronted again the following day, Andy as usual dismissed the marriage rumors and insisted that Wilfred was completely mistaken and talking non-sense. Even though they had collaborated in the past and were seen as good friends, Andy seemed upset about Wilfred’s reckless comment and has decided to set boundary. He made it clear yesterday that he and Wilfred are not very close, and stated, “If he is indeed a friend, he would not speak so carelessly.” Andy also spoke little about any wedding plans, answering all related questions saying only that he and Sammi have already come to a mutual understanding.