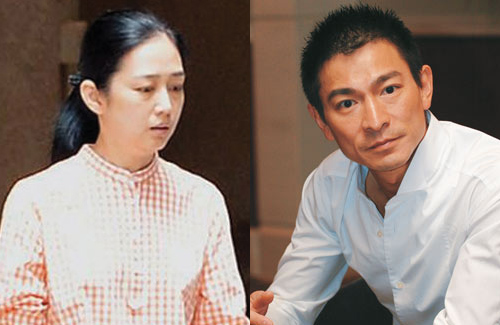 Andy Lau (劉德華) has taken more time off from his career to take care of his wife Carol Chu (朱麗倩) and two-year-old daughter Hanna. For his family to live more comfortably, Andy renovated and extended his $200 million HKD mansion in Kadoorie Hill. He also transferred his father’s estate to Carol’s name last year. In addition to their two houses in Hong Kong, Andy also has another house in Malaysia for Carol’s convenience.

Despite having a wealthy background, Carol does not seem to be much of a spender. She was recently spotted purchasing discounted dehumidifiers at an affordable housewares company and shopped for clothes at discount retailers. Carol, her friends, and her bodyguard were also spotted looking at bedroom furniture for Hanna at IKEA. Wearing plain clothes, Carol wore a mask to avoid catching attention. She stopped by a display with pink decorations and spent a long time looking at beds and drawers with her friends. The bed Carol decided to buy cost only $1,190 HKD.

An insider revealed that Hanna is growing quickly and Carol wanted to buy a new bed for her. The source also said that Andy and Carol are currently choosing schools for Hanna, but the couple could not agree on whether they should send Hanna to a traditional school or an international school.

Chasing for a Son

It was reported that Andy refused to hold a concert at the Hong Kong Coliseum this year because he wanted to spend more time with his wife and pursue a son. Carol was also rumored to be pregnant again, but Andy dismissed the rumors earlier this year.