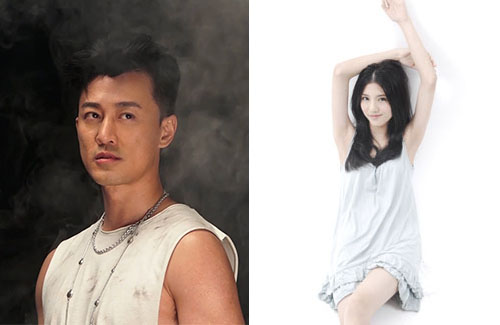 It’s been well over five years since 38-year-old Raymond Lam (林峯) and 24-year-old Karena Ng (吳千語) confirmed their relationship to the public. Though the couple have always been very low-profile about their relationship, their inconspicuousness has transcended to their private life as well. Rumors say that the couple are drifting apart, and that they’ve “barely” contacted each other for an entire year.

Truthfully, both Raymond and Karena are busy with their individual careers. Having to travel often, Raymond and Karena’s schedules do not always match up. According to the gossip mill, Karena did not bother to celebrate Raymond’s birthday in early December, and neither did she give him a birthday gift. When Raymond was asked about this, the actor said he was never the kind of person to celebrate holidays or special occasions.

Drifting apart, the latest rumors are saying that Karena has already reached out to Raymond about wanting to break up, but Raymond still wanted a second chance. He reportedly took days off work to travel Europe with Karena, hoping to renew their spark. However, because of their busy work schedules, their relationship continued to drift apart.

In regard to these rumors, Karena’s manager said she would no longer respond to questions about her private life, but insists that her relationship with Raymond never changed.

Karena is currently filming the Chinese period drama Love on the Battlefield <戰地迷情> with Yu Bo (宇波). Raymond, meanwhile, has just ended his management contract with EEG and will be establishing his own studio, collaborating with Louis Koo (古天樂).