After a stand-out supporting appearance in Big White Duel <白色強人>, TVB actress and TV presenter Ashley Chu (朱智賢) was on the rise for further successful. However, a cheating scandal involving the married Mr. Hong Kong Jackson Lai (黎振燁) set her back. She stopped hosting Scoop <東張西望> and was put in the TVB freezer.

For the past six months, the only publicity Ashley got was in gossip magazines and on social media, where she stayed active. According to an insider source, TVB has been closely monitoring the public’s opinion on Ashley; they hope to bring Ashley back to work after the cheating scandal dies down and is forgotten.

While Ashley has no new jobs lined up, her guest appearance in the TVB anniversary drama Legal Mavericks 2 <踩過界II> will be broadcasted unchanged. Ashley will star in the “Crazy for Love” case. Legal Mavericks 2 is expected to premiere this November.

TVB wants to use this opportunity as a marker to determine whether or not they should bring Ashley back sooner or later.

And Ashley has also been using this opportunity of no work to do more volunteering; the actress was recently spotted passing out mooncakes and other daily essentials to local neighborhoods. 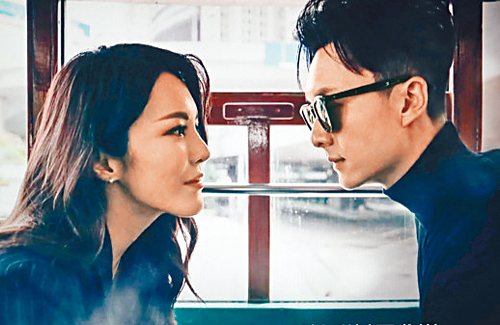 Starring Vincent Wong and Owen Cheung, “Legal Mavericks 2” completed filming in May, but viewers may be able to watch it by year end.