Two high-profile cases of infidelity that happened in the Hong Kong show biz over the last two years not only shocked the public but were also viewed as career suicides for the cheaters. Last April, Jacqueline Wong‘s (黃心穎) image plummeted following her Sum On Scandal, in which she cheated on Kenneth Ma (馬國明) with Sammi Cheng‘s (鄭秀文) husband, Andy Hui (許志安). About a year later, tabloids exposed Jackson Lai‘s (黎振燁) involvement with Brian Tse‘s (謝東閔) girlfriend, Ashley Chu (朱智賢), behind his pregnant wife’s back. Unable to salvage both Jackson and Jacqueline’s images amidst the backlash, TVB reportedly decided to end their contracts early.

The End of Jacqueline’s Eight-Year Career at TVB 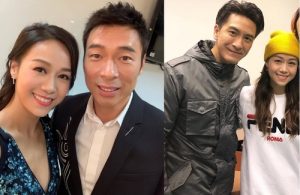 With the exposure of Jacqueline’s affair, her relationship with Kenneth came to an end, TVB froze her and halted the release of her dramas, and she went to the United States to escape the press. Though rumors swirled that she was starting anew as a real estate agent over there, Jaqueline shut down the allegations when she returned to Hong Kong last December, hoping to revive her acting career. She actively posted on Instagram from last November to this July, but since then, she has been laying low and has not shared any new updates.

Sources shared that after several meetings, TVB has decided to let her go. They were hoping the Sum On Scandal would eventually quiet down after a year and a half, but unfortunately, her image did not improve during her time away from the public eye. Although her contract with TVB was meant to last a lot longer, and she has been on unpaid leave, there is no use in keeping a non-working artiste, especially given TVB’s inability to salvage her image. Reportedly, her contract will officially terminate within two months, ending her eight-year career at TVB. 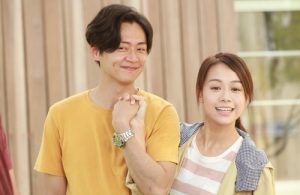 However, her dramas that were put on hold will finally finish airing in the new year. Prior to the scandal, she had filmed four dramas, including two that already aired: The Maid Alliance <丫鬟大聯盟> and Finding Her Voice <牛下女高音>. She also participated in Forensic Heroes 4 <法證先鋒IV>, but the company chose to re-film her scenes and replaced her with Kenneth’s current girlfriend, Roxanne Tong (湯洛雯). Her fourth drama, The Offliners <堅離地愛堅離地>, is scheduled to air in 2021.

When the trailer for The Offliners premiered at the TVB Sales Presentation 2020, Jacqueline appeared in two shots. However, TVB had considered cutting her scenes from The Offliners and finding someone else to replace her, but they didn’t think it was worth the time, effort, or money. Hence, The Offliners may very well be her retirement piece.

When the press contacted Jacqueline about the status of her career, she texted back with a support icon and smiley face emoji and wrote, “When there is an update, I will tell everyone. Thank you for your concern.”

Jackson Embroiled in Sum On Scandal 2.0 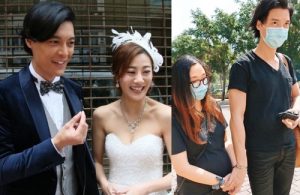 Also speculated to be in the same boat as Jacqueline is Jackson. This April, the paparazzi caught Jackson on a date with his Zombie <食腦喪B> co-star Ashley, while his wife was eight months pregnant. Netizens dubbed their affair as the Sum On Scandal 2.0 after Jackson and Ashley were seen sharing a cake inside a car in a very secluded area. Afterward, TVB immediately froze both of them, and so far, Jackson has not appeared on-screen. Like Jacqueline’s situation, TVB has allegedly terminated his contract, as there is nearly zero chance of reviving his broken image.

In regards to letting the two artistes go, TVB executive Virginia Lok (樂易玲) confessed that the two are currently on no-pay leave. She continued to say, “I have been really busy recently, so I haven’t had time to sit down with them. I also want to know about their situation and what they are thinking.”