After participating in Miss Hong Kong 2013, Ashley has appeared in variety programs such as Fun Abroad <3日2夜> as well as minor roles in TVB dramas. Recently filming drama Zombie <食腦喪B> with Jackson, it’s speculated that they secretly started seeing each other despite both having significant others.

It’s an open secret that Ashley has been dating Brian for quite some time, and Jackson is already a married man. Originally known as a loving husband, Jackson and his wife has been together for 15 years already and are expecting a baby.

Although Zombie completed filming two weeks ago, Jackson and Ashley were seen driving to a fairly secluded place recently and were caught sharing a cake inside the car. When the reporters spotted them, Jackson and Ashley quickly separated from each other and stated that they were only friends. Getting out of the car, Jackson said, “We’re just getting ready to go to work. We’re not together, please don’t misunderstand.” 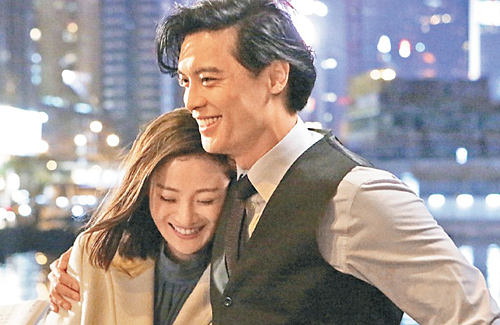 After the news got out, TVB management allegedly asked all parties to keep quiet for the time being.

Privatizing her Instagram immediately after going home, Ashley told reporters that she is unable to respond to any questions at the moment.

Jackson also turned his Instagram private and deleted all his content. Although he was supposed to make an appearance to promote series, Airport Strikers <機場特警>, he was nowhere to be seen yesterday.

Despite the media being unable to contact Brian yet, it’s speculated that he was unaware of Ashley and Jackson’s secret relationship.