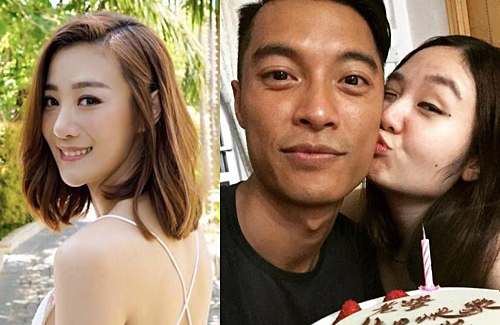 Airport Strikers <機場特警> actor Jackson Lai‘s (黎振燁) affair with TVB actress Ashley Chu (朱智賢) was exposed yesterday. After falling for Ashely, the 2016 Mr. Hong Kong winner allegedly decided to divorce his wife, who is currently eight months pregnant, and has already moved out of their home.

Sparks sizzled between Jackson and Ashley on the set of TVB drama Zombie <食腦喪B>. Although their drama wrapped up filming two weeks ago, Jackson drove Ashley to a secluded area for their secret meetup. When the paparazzi walked in on them, the pair were eating cake in the backseat of Jackson’s car. Stunned by the sudden intrusion, Jackson said they were “on their way to work” and denied their relationship.

Jackson Ready to Throw Away His Marriage for Ashley? 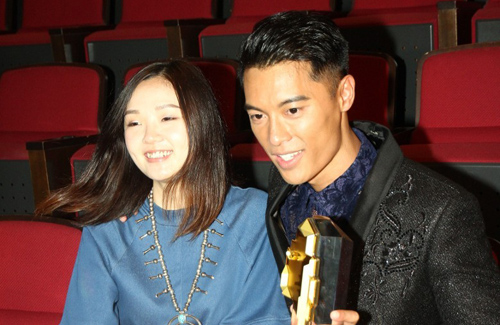 Meeting his wife in high school and together for 15 years, Jackson had expressed his gratitude for her support in previous interviews. Struggling in his early acting career, Jackson ventured into modeling before hitting it big when he won the 2016 Mr. Hong Kong Contest and landed a TVB contract. Appearing in OMG, Your Honour <是咁的，法官閣下> and Airport Strikers, Jackson’s stardom seemed to be on the rise until his affair with Ashley was exposed.

Rumor has it that after meeting 33-year-old actress Ashely Chu, the 34-year-old actor decided to call it quits in his five-year marriage. In March, Jackson told his wife he wanted a divorce and has packed his belongings and moved out of their apartment in public housing project, Upper Wong Tai Sin Estate.

Although Jackson’s wife is currently eight months pregnant, she was sighted going to hospital checkups by herself for the last two visits. On the day that Jackson and Ashley were having cake in his car, his wife was taking the metro to Kwong Wah Hospital for a checkup.

After the scandal broke, reporters reached out to Ashley’s boyfriend, singer Brian Tse (謝東閔), for comment. Brian said curtly, “Thanks everyone for your concern. I hope everyone gives the two of us some space!”

Ashley has already completed filming her scenes for Legal Mavericks 2 <踩過界II>, while Jackson doesn’t have any filming projects on hand. Anticipating public backlash, both artistes have already turned their Instagram accounts private and have not returned press calls since their affair was exposed.

33 comments to Jackson Lai Decided to Get Divorce in March