Love and forgiveness often go together, as evidenced in actor-singer Brian Tse’s (謝東閔) relationship with Ashley Chu (朱智賢). When the actress was caught cheating with married actor Jackson Lai (黎振燁) in April, Brian quickly got over his anger and forgave her.

He was given the title “Best Boyfriend” after standing by Ashley’s side at a press conference promising to support her through this difficult period of public backlash. Denying earlier rumors that they had broken up, Brian said that they are still together and trying to repair their relationship.

Though Brian was angry when he initially learned of Ashley’s betrayal, he has gotten over it and only wants to help her now. “There is no point in continuing to be upset. I used to get angry over little things but as I grew older, I [understand] you still have to think of how to solve the problem. If you continue to dwell, it shows that you are not mature enough.”

Asked if there is still trust in their relationship, Brian shared his calm handling of the situation, “If you continue to think about the past, it will be really hard for the relationship to continue. It is best to not think about it and not bring it up again. We only focus on moving forward–the rest is not important.”

Brian also shared that Ashley is doing well and her emotions have stabilized after the initial public backlash. Currently on hiatus, Ashley is “patiently waiting” to return to work. He said, “She can now spend time to do things that she did not have time for in the past. She has been reading a lot and her mood has improved a lot. There was a period of time when she was unhappy, but I encouraged her and we met up with many friends. Exercise is also important because it releases endorphins, which is why I like it so much.”

After the scandal, many news outlets started digging into their past relationships. There was news about how he is a rich second generation and Ashley is a gold digger. Defending his girlfriend’s character, Brian said, “She is definitely not that kind of person. If she is a gold digger then she wouldn’t be with me! I am not poor, but I am not a rich second generation either–I don’t even have a house!”

When asked to comment whether Ashley had moved out of their apartment, Brian clarified that they have never lived together. He did not buy a house for marriage as written in the news, but wishes that he has money to do so. Stating that things are going well with Ashley, Brian said, “We are still dating and our relationship is good. We’ve been seeing each other regularly just like in the past. I will watch over and support her. We give each other positive strength.”

Surprised by His Own Maturity 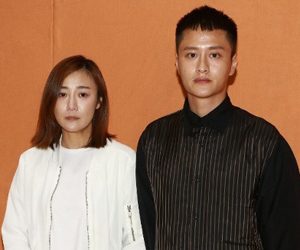 Brian feels that he has matured since the scandal. Though he describes himself as “very impulsive” and would get into arguments with directors during filming, Brian was able to handle Ashley’s situation maturely. “I am someone who is very direct and I will speak up about things that I think are not right. When I entered the industry, I offended many people and colleagues know that I am a bit temperamental.”

Though he is now 34 years old, marriage is not on his mind yet. “In my eyes, marriage is not important as it’s just a piece of paper. I am a person that likes my freedom and divorce rates are so high now anyway. What is most important is that you are happy with your partner and you know that they are someone that you can spend the rest of your life with.” Reporters asked if he views Ashley as a lifelong partner and he said that she is at the moment.

Initially making his debut competing in The Voice 2 <超級巨聲 2>, this is Brian’s 10th year in the entertainment industry. Reaching a bottleneck in his music career development, Brian has redirected his efforts into acting instead.

People have pointed out his similarities to Vincent Wong (王浩信), who also started out as a singer and played rich characters many times. Brian laughed and said that he wishes that he is rich in real life and hopes that he will given a wider variety of roles in the future. Others have said that he is very similar to Owen Cheung (張振朗), but Brian joked that he is much more handsome than Owen.

In Death by Zero <殺手>, Brian plays a rich second generation who has a relationship with Louisa Mak (麥明詩). Later on, he teams up with Wayne Lai (黎耀祥) to defeat triad boss Lee Shing Cheong (李成昌). Though he is frequently beaten up in the drama, this is his favorite role to-date because of the realistic character and the changes he goes through.

Currently filming for TVB dramas, Seven Princesses (七公主) and Detective Investigative Diaries <刑偵日記>, he plays a complicated character who suffers from schizophrenia and autism and has many scenes with Benjamin Yuen (袁偉豪) in the latter drama. Brian noted that the role is suitable for him, “I am pretty quiet in real life and I live at home with my family. As I grow older and the longer I am in this industry, the quieter I have become.” Despite his quiet nature, the actor’s reflective nature is evident in his thoughtful replies. 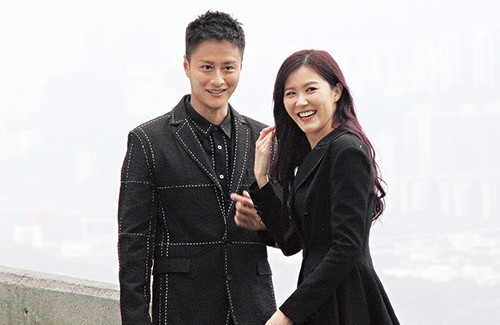