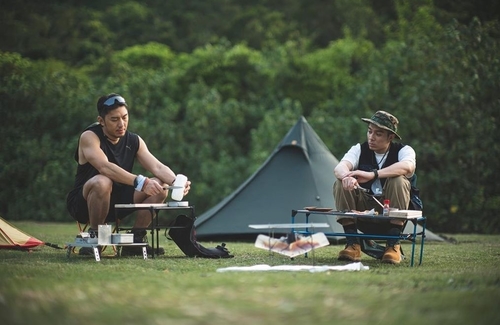 Fans can’t contain their excitement about the reunion of Line Walker: The Prelude <使徒行者2> costars Pakho Chau (周柏豪) and Benjamin Yuen (袁偉豪) in their new camping program, The PakhoBen Outdoor Show <兩個小生去Camping>. The show received great feedback after the first episode aired last night, and many viewers are taking a keen interest in Pakho and Benjamin’s bromance – 20 years in the making. 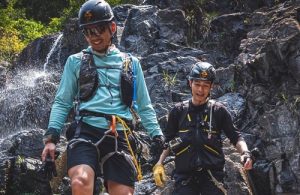 It turns out the two became friends long before collaborating on Line Walker: The Prelude. Pakho revealed that they first met 20 years ago on ICQ, an old online chat room, hence, they are very playful and comfortable with each other. They even revealed the most intimate parts of their life while huddled around the bonfire on the first night of camping.

Pakho asked Benjamin out of curiosity if he ever favored a girl after she cooked for him, and Benjamin replied that a girl had cooked him a nice meal that suited his taste the morning after they hooked up. “At the time, we didn’t even know the tastes of each other, but she made hash browns and a coffee that I enjoyed a lot. It scored her brownie points.”

Pakho then jokingly asked if she wore one of his white dress shirts like in Western films. Benjamin laughed in response and teased, “Don’t watch so much of those or else you could get brainwashed by the fantasy.” 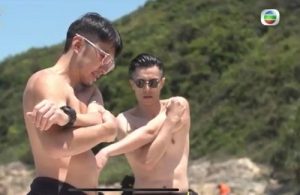 To return the favor, Pakho also shared a bed story – that is, his sleeping habits with his wife. The singer-actor said he had gotten so used to holding his wife’s hand while sleeping that he feels uncomfortable sleeping alone nowadays. “For so many years, we could not date like normal out in public, so the only time we could hold hands was during our sleep. I told her, ‘We can only hold for a few hours outside, but we can hold for the entire eight hours when we sleep.'”

Benjamin smiled and doubted that they could hold hands for the entire eight hours, so Pakho gave it another thought and replied, “Okay, seven and a half hours. The remaining half is possibly used to visit the bathroom during the night.”

Being a First-Time Dad

On the show, Pakho also delved into life as a new father. He welcomed his daughter Sonya after months of anticipation last December, but he was super nervous to see his daughter for the first time. Before she arrived, he got a haircut and hilariously asked his wife if he needs to wear a formal suit into the delivery room.

With both Pakho and Benjamin sharing such hilarious snippets of their life in the first episode, viewers can’t wait to see what information they’ll reveal next.