Benjamin Yuen Cooks Dinner for Girlfriend to Earn Her Forgiveness 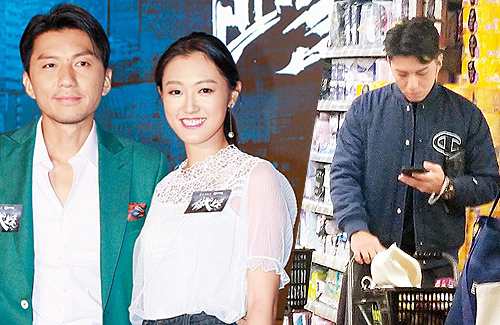 After dating for three years, Benjamin Yuen (袁偉豪) and Jennifer Shum (岑杏賢) called it quits in 2016. Although Benjamin publicly declared his desire to reconcile, Jennifer stood firm and expressed that she had already given him too many chances. When Benjamin was reported to be dating Bowie Cheung (張寶兒) in 2017, many were quick to dislike Bowie and frown upon the relationship. However, the 37-year-old actor seems to have learned from his past mistakes and cherished his significant other more.

Benjamin previously expressed that he viewed Bowie as a potential marriage partner. He said, “When I was in a relationship in the past, I didn’t know how to cherish and didn’t like being tied down. I feel that the girl I am dating now knows how to cater to me. That’s why I need to treat her even better. Over time, we both learned how to appreciate and cherish one another. I believe I have found my life partner. I don’t want to go through another painful loss like I did in the past. I don’t want to go through moments of ungratefulness either.”

While many may assume that Benjamin is a big flirt, he revealed in a recent interview that Bowie was actually the one who made the first move. Though it seemed to be a light-hearted comment at the time, Bowie apparently feels embarrassed about this public statement and is upset with Benjamin. To get back in her good graces, Benjamin is apparently planning to cook a meal for Bowie and was spotted recently buying steak at the grocery store.

An insider revealed, “Last year, they spent their first Valentine’s Day together. Benjamin cooked and prepared a candlelit dinner and Bowie was really touched. So this time, he is going to use the same method to earn her forgiveness.”