The sequel will once again feature the golden team of Andy Lau as producer and lead actor, and Herman Yau (邱禮濤) as director, while adding to the scale of the story’s development and portrayal. Sean Lau (劉青雲) and Mainland Chinese actress Ni Ni (倪妮) are also part of the cast.

According to sources, the film will boast an improved budget of $280 million HKD to boost the  production quality. Besides enhancing the realism of bomb disposal and explosion scenes, key scenes will also be filmed on location at the sites of Hong Kong’s key architectural icons.

During the film’s opening ceremony, Sean recalled his previous collaboration with Andy in 1999’s Running Out of Time <暗戰> in which the two actors developed good chemistry. He will pair up with Andy as his EOD (Explosive Ordinance Disposal) teammate in this sequel.

Ni Ni will play a female cop. A key character, she will have a romantic arc with Andy, and also be implicated in an important twist to the plot. The 30-year old actress shared that she has learned a lot from her first filming experience in Hong Kong, adding that Andy was very protective of her, making her feel very secure. 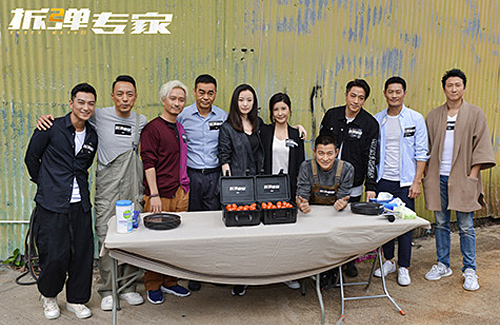