Bobby Au Yeung Does Not Care About Viewership Ratings 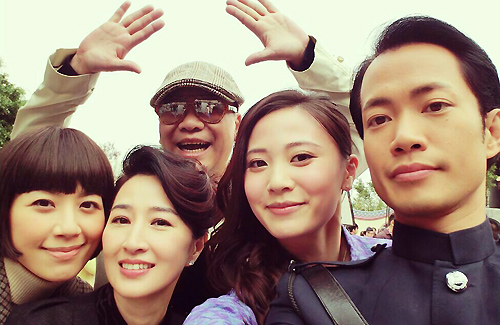 Always and Ever <情逆三世緣>, starring Bobby Au Yeung (歐陽震華) and Esther Kwan (關詠荷), is now considered to be one of the dramas that will save TVB’s plunging ratings. Learning of this, Bobby told the press that with the simple plot and his shallow acting, the audience would have no problem understanding this drama.

Speaking of the low ratings of Bullet Brain <神探高倫布> and Beauty at War <金枝欲孽貳> which dipped below 20 points, Bobby said, “Who hasn’t experienced high and low viewership ratings? It’s impossible for the audience to applaud every single drama. My earlier drama with Raymond Lam (林峯), Men of No Shadows <不速之約>, also received remarks from the audience saying they didn’t understand the concept of the devil and hypnosis, and thus didn’t have the patience to continue watching. It’s hard to tell the audience’s taste. When a drama lacks creativity, they say it’s boring. When a new type of drama is produced, they don’t accept it. Right now the audience wants to watch dramas without using their brains, which is why Come Home Love <愛. 回家> is so popular. Even if you skip a few episodes, you’ll still understand it. I like watching it too.”

Bobby admires those who can memorize difficult scripts. “Honestly speaking, the cast of Beauty at War put in a lot of effort. Palace dramas contain difficult dialogue, and I can’t do those. In the past when I filmed for Forensic Heroes <法證先鋒>, we used videotapes and I had constant outtakes. The producer had to prepare a lot of videotapes for me.”

Earlier, Bobby filmed an advertisement addressing investment risks. He appeared in a shopping center dressed as the historical Zhuge Liang, which attracted a large crowd. Bobby revealed that he is not smart when it comes to investments, and he has not invested in anything. “My wife has less requirements than me when it comes to making investments. She’s more open about money.”

Bobby continued that his life’s greatest achievement was marrying his wife. “Ever since we married 16 years ago, we’ve never argued! No one even believes me when I say that.”

Bobby was hospitalized for acute pneumonia in February. On the day of the advertisement shooting, Bobby was seen eating fried fritters in large bites. Asked if he needs to be aware of his diet, Bobby replied, “My cholesterol and blood sugar levels are all normal. I recently had my lungs checked, and the doctor congratulated me because I’ve fully recovered!”

In order to have more time to rest, Bobby declined filming for Property Protector <守業者>. He revealed that he has been consuming traditional Chinese medicine to condition his body. His physician also told him he should eat bird’s nest, in which he was spotted purchasing earlier.