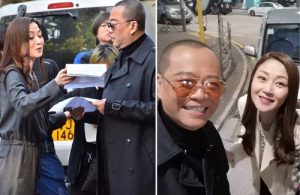 Not long ago, the best on-screen partners Bobby Au Yeung (歐陽震華) and Joey Meng (萬綺雯) reunited for TVB’s police crime drama Buddies Do Big Things <伙記辦大事>, which also stars Joe Ma (馬德鐘). Buddies Do Big Things is Joey and Bobby’s comeback drama since their last respective projects at TVB several years ago. Although viewers are excited to see the duo’s return to the small screens, it turns out they won’t stay for long. According to reports, Joey decided to not renew her contract with TVB this year, and Bobby already ended his contract earlier. 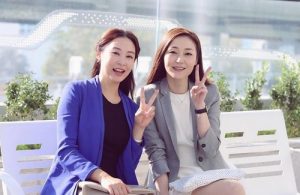 After Joey joined TVB in 2012, she tirelessly accepted dramas back to back. Within three years, she filmed Inbound Troubles <老表,你好嘢>, A Change of Heart <好心作怪>, Gilded Chopsticks <食為奴>, Come On, Cousin <老表，你好hea!>, and Officer Geomancer <牛頭愛搭馬嘴> without a break. The actress rested for half a year before taking on Dead Wrong <致命復活> in 2016, but she has not filmed any more dramas since then because of her deteriorating health. She revealed that the long filming hours took a toll on her health, so she has to consider her body condition before accepting offers. 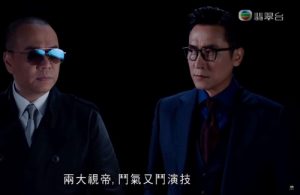 As for Bobby, he began his career at the station by playing background extras after graduating from TVB’s Artiste Training Academy in 1982. Nobody knew who he was until 1992 when he gained public recognition with his legal drama File of Justice <壹號皇庭>. From then onwards, all of his dramas achieved fairly high ratings, which naturally earned him the nickname “Guarantor of Good Ratings.” He along with Frankie Lam (‎林文龍), Michael Tao (陶大宇), and Bowie Lam (林保怡) were regarded as “Housewife Killers” in the 90s.

In 2000, Bobby finally won Best Actor at TVB’s Anniversary Awards for his performance as Sung Chee in Witness to a Prosecution <洗冤錄>. By becoming the first TV King to have graduated from TVB’s training class, he paved the way for other artists.