Bobby Au Yeung is Exhausted by Filming “House of Spirits” 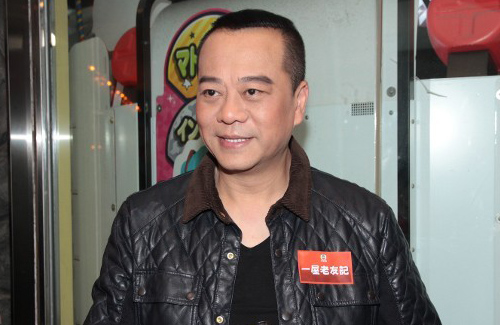 Bobby Au Yeung (歐陽震華) and Bowie Wu (胡楓) were at an arcade to film a scene for their upcoming comedy House of Spirits <一屋老友記>. Bobby complained that his parts were especially grueling.

He said, “The first set of scenes, the filming of my scenes took nearly 60 days. In the second set of scenes, for instance, at the eatery, eight out of ten scenes feature my character! It’s not just physically exhausting but mentally exhausting too. And you know, comedies require so much presence on set. The moment filming wraps up for this, I’m going to have to take a break!” Would Bobby consider taking a vacation somewhere? Bobby responded, “I’ll stay in Hong Kong to rest first, and then decide!”

At the arcade, Bobby was filming a fight scene where his character would be beaten up. Despite his serious lung infection in the previous year, Bobby laughed and said that he would not be using a double when filming the scene. He expressed, “I try to personally do whatever is within my abilities. Previously, while I was waiting for my turn to film, I had a lot of spare time. I initially whiled the time away by eating sour plums. I later did a cartwheel, which shocked everyone. It’s just a cartwheel, what’s the big deal?!”