Bobby Au Yeung Upset with “Always and Ever” Ratings 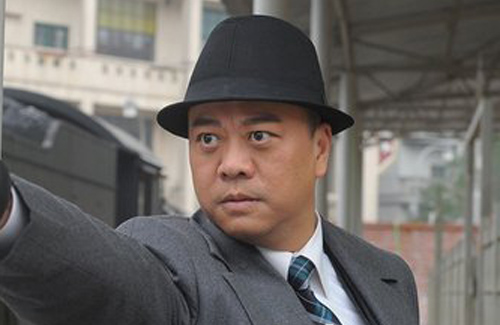 In February 2013, Bobby Au Yeung (歐陽震華) was hospitalized for two long weeks due to acute pneumonia. At the time, he was only a few weeks shy from completing the filming of Always and Ever <情逆三世緣>, TVB’s latest television drama that is currently airing.

Bobby joked that he had been actively promoting Always and Ever since his hospitalization. Nonetheless, having gone through a near-death experience, Bobby thought he would leave the world for good.

“I was scared! But the entire incident was quite dramatic. When I slipped into an unconscious state, I knew I was in trouble. I asked myself why I couldn’t move at all. When I woke up, I realized I had been in a coma. I’m not sure if I will have good fortune after going through that near-death experience, but this is what we experience in life. From being in a coma to leaving the hospital, it was only 11 days. The doctors joked to me that maybe it’s because I’ve done many good deeds, which was why I was able to recover so quickly. I actually think Esther Kwan (關詠荷) said it better. She told me that bad guys can’t die that easily. I always do charity, but I have also done many bad things. After that, I will try not to do many bad things! Hahaha!”

Always and Ever also costars Esther Kwan, whose chemistry with Bobby in Taming of the Princess <醉打金枝> and the Armed Reaction <陀槍師姐> series, had warmed the hearts of many TVB fans.

With the award-winning couple collaborating again, Bobby admitted that he had high expectations of Always and Ever. The time-traveling romantic drama, however, only managed to rake in an average of 28 points since its premiere on August 12.

“Esther alone could bring in at least 25 points in ratings. Now with me in the picture, ratings were only around 28 to 29 points. So I only have the power of having 4 to 5 points? I am not familiar with how the ratings are compiled, but Always and Ever has been receiving good word-of-mouth since its premiere. Everyone told me that they’re watching it, and they were able to give me a very detailed description of the storyline as well. Why did the ratings not reflect this?”

Bobby added, “It’s hard to film a decent television drama now. The audience often complains about the plot being too confusing. When we filmed [Always and Ever], we already tried to make it like a radio play – even when holding a cup of tea, we mentioned that we were drinking tea. Esther and I performed naturally. We didn’t fake it. We are compatible and we didn’t need to grind in [our chemistry] because we’ve had collaborated way too many times already – from the Armed Reaction series, to Taming of the Princess, and even The Legendary Four Aces. After she became a mother, it was many years until we could collaborate again. [She’s] even better than before. Of course, I’m not talking about her figure, but her maturity and self-restraint. She can control her emotions very well, especially during filming. To prevent outtakes, when someone rushes toward her, she will not even be scared and will insist to finish her lines. Amazing.”

Esther entered semi-retirement after her marriage to fellow actor and Film King Nick Cheung(張家輝) in 2003. She briefly returned in 2007 to star in the TVB sitcom Best Selling Secrets <同事三分親>, but left the cast in 2008 to focus on her family and raising her daughter. Esther made one more comeback in 2010 to star in The Season of Fate <五味人生> with Roger Kwok (郭晉安), but she went into hiatus again soon after filming completed. It was Bobby who convinced Esther to return once more for Always and Ever.

“I always obtain permission first. I first asked the boss [Nick] if he agreed. When he said he had no problem, we were already halfway to success.”

Bobby joked that he feared for his future acting career and made sure he stayed on Esther’s “good side” so he could easily convince Esther to make another comeback again when necessary. He said, “When filming, I spent more time pleasing Esther so she would be willing to work with me again in the future! It’s hard to find a work partner now. There are not many fadans out there that are a good match for my age. That’s why I’ve been spending a lot of time serving Esther Kwan, Jessica Hsuan (宣萱), and Amy Chan (陳秀雯), who has recently signed under my manager Lydia. Just so I can have an extra partner or two when I’m filming. At the end of the year, I will be filming a new [TVB] drama with a new partner. I am not familiar with Joey Meng(萬綺雯), but this will be a very fresh collaboration. She is very special – after being in the industry for so many years, she still maintained that childish aura of a young woman.”

In regards to the reported returns of film kings Tony Leung Ka Fai (梁家輝) and Anthony Wong (黃秋生) to TVB next year, Bobby supported their comebacks. He remarked that not only should TVB spend more time to cultivate their rookie actors, but inviting established senior actors back to the channel would benefit the audiences.

Asked if he wanted to work with his former costars and veterans, Nick Cheung and Michael Tao (陶大宇), in a new drama, Bobby laughed, “Given the chance, of course! If TVB really has this intention, I will not mind being the middle man. I will go contact them myself!”