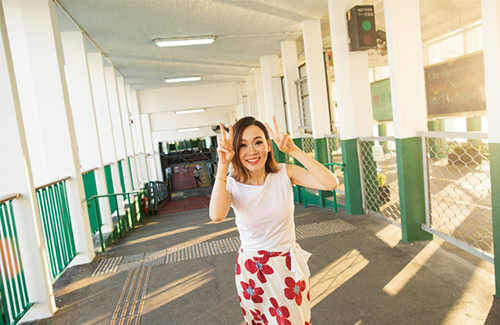 With a total of six prizes, Shirley Yeung (楊思琦) holds the record for the most awards won by a Miss Hong Kong, a record that is still yet to be broken. She was well-liked by audiences, popular, and at the height of her career, the 2001 Miss Hong Kong shot three to four television dramas back-to-back, all as the female lead. She was on an upward trajectory, but one surprise pregnancy and a bad breakup led Shirley to lose nearly everything. 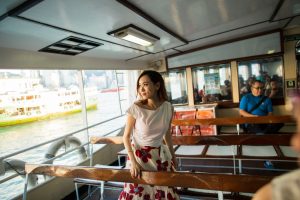 In 2011, Shirley had a nasty breakup with her longtime boyfriend, TVB actor Gregory Lee (李泳豪). It was said that the split was mainly due to a third party—Shirley was pregnant, and the father of her child was the professional diver Andy Ng (吳帥). Shirley’s image may have tanked, her relationship may have turned into shambles, but she did not allow the malicious gossip to put her down. After quietly delivering her daughter Krystal in America, she returned to Hong Kong to re-establish her own career, while also caring for Krystal as a single mother.

Now at 41 years old, Shirley said she can safely say that she has no regrets. Recalling the bad press on her breakup with Gregory, whom she dated for nearly ten years, Shirley said the only thing she could feel was helplessness.

“It was supposed to be just between us,” she said. “No one else should know more about it than us, but people still talked about it. There was so much gossip, and a lot of it wasn’t even true.”

It was a pity that the long relationship had to end so sourly. “We all worked hard in trying to maintain a good relationship. It was unfortunate that it didn’t work out. It wasn’t what we had hoped.” 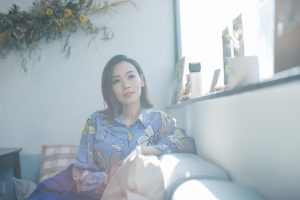 There is a price to pay when it comes to fame. Accused for being a cheater, Shirley knew she had no way out. During the incident, Shirley came out as the total loser—losing in love, and losing in image. But the one thing that Shirley didn’t lose was her positivity.

“Of course I cried,” she said. “I cried big, but I also recovered quickly.”

Even after giving birth to her daughter in 2012 and starting her journey as a single mother, Shirley never gave up. The hate comments didn’t stop. The pity comments also didn’t. Once known as one of the biggest rising stars in Hong Kong television, Shirley’s fall from grace was a big one.

But to Shirley, she has no regrets. 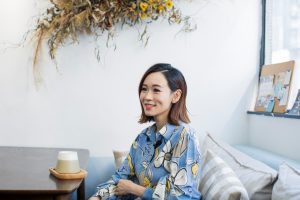 Earlier this week, Shirley dropped the surprise announcement that she is married to a non-celebrity, and is pregnant with her second child. Shirley has always considered herself as “a bit weak,” but the events in 2011 and 2012 has pushed Shirley out of her comfort zone, and she’s become much braver and stronger.

“I’ve discovered that I could actually do many things,” she said. She still believes in true love despite what had happened, and added, “Still, when I come across a suitable relationship, I will not step away. I will boldly go forward.”

Now that she’s in her forties, Shirley has come to learn that patience is a virtue. In the past, she would jump to an opportunity of a relationship, but now, she has learned to take a step back and observe. “I will spend time to get to know the other person, to know if that person is right for me.”

Once rumored to be a gold digger, Shirley said she never understood how that rumor started in the first place. “I’ve once gone five to six years without a vacation,” she said. “If I really was a gold digger, why would I work that hard?”

Money was never the first quality Shirley looks in a partner. “The most important thing is whether or not that person loves me and my family wholeheartedly. I want my other half to be a good soulmate. It is just that simple.”

[Breakup Files] Shirley Yeung Reveals True Reasons for Break-up: “I Lied to Gregory Lee That I Was Pregnant!”

4 comments to Boldly Go Forward: Shirley Yeung Has No Regrets