Although Bosco Wong (黃宗澤) and Linda Chung (鍾嘉欣) may have been disappointed in not winning major awards at this year’s TVB Anniversary Awards, this did not affect their fighting spirit. Bosco’s romance with Myolie Wu (胡杏兒) was becoming increasingly open. The rumored-to-be-groom-in-2012 wore a chok expression while filming a gunfire and car chasing scene in Dangerous Protection <護花危情>, which resulted in an explosion. Apparently, Bosco did not mind the risk of facial disfigurement. Of course, a man needs to establish his career first before getting married and it was not good for Bosco and TV Queen, Myolie Wu’s distance in their careers to be too far apart!

Failure is an impending step to future success. By learning through one’s failures, one is a step closer to success. Bosco was convinced in this mantra, thus he quickly recovered from disappointment [in the TVB Anniversary Awards results] and gathered his spirits together.

Responsible for PTU’s team’s actions at the scene, Bosco rushed to catch the robbers, which resulted in a gunfire exchange. The rear window of Bosco’s burst; the scattered glass was quite dangerous.  With the slightest mistake, the passengers in the car would risk disfigurement. However, Bosco was not timid and appeared chok and incredibly masculine when the cameras started rolling! Even the pedestrians were attracted by his charm and asked to take photos with Bosco.

Dangerous Protection was considered to be the spin-off series for Linda Chung’s Miss Koo character from Yes Sir, Sorry Sir <點解阿Sir係阿Sir>. On set, Linda was very friendly with Lee Yee Man, in which the pair huddled over Linda’s cell phone during a filming break. When a female fan climbed over a two meter high gate in order to take a photo with Linda, the crew members were alarmed by the incident. Jayne: Dangerous Protection will be TVB Producer, Lau Ka Ho’s last series before he and his wife, leaves TVB for Now TV. 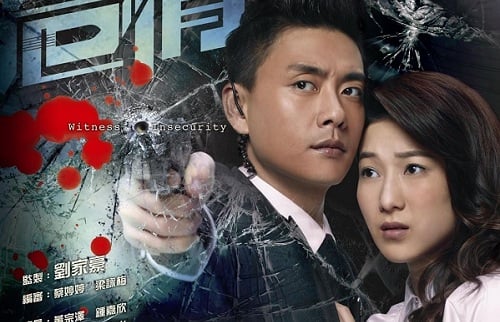