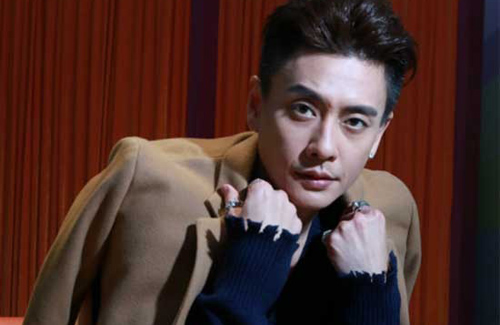 Starring as the main lead in the TVB anniversary drama, Two Steps from Heaven <幕後玩家>, 36-year-old Bosco Wong’s (黃宗澤) performance was very well-received. His portrayal of an anti-hero earned him a Best Actor Award nomination, giving him a good shot at taking the award home this year. However, Bosco is not ambitious when it comes to awards. “I will be very happy if people vote for me, but I have never thought that I would get it for sure. I’d rather people tell me, “Bosco, you portrayed the role very well! Great acting skills!”. Hearing this will make me even happier.” Instead, Bosco is casting his vote in support of three-time TV King, Roger Kwok (郭晉安), for his performance in Dead Wrong <復活>.

Reflecting on his performance, Bosco candidly shared that his character was very difficult to portray. “My character was someone who is very cunning and hid a lot of good things. Internally, he was very complicated and had intense mood swings. Luckily, the producer commended that I portrayed the character accurately.” In regards to the relationship with his fellow costars and good friends, Louis Cheung (張繼聰) and Edwin Siu (蕭正楠), Bosco expressed, “Louis is like an energizer bunny. When he is around, you definitely won’t be sleepy. Edwin’s personality has not changed at all from more than ten years ago. He would randomly come up with a joke. Between the three of us, I am the most quiet.”

Bosco’s costar and wife in the drama, Katy Kung (龔嘉欣), has also been nominated for the Best Supporting Actress award this year. Katy’s emotional crying scene was heavily praised by viewers. In regards to Katy’s well-received performance, Bosco was also full of applause, “She acted very well. When I saw the scene, my heart really ached. She acted very appropriately, and it wasn’t too overboard.”