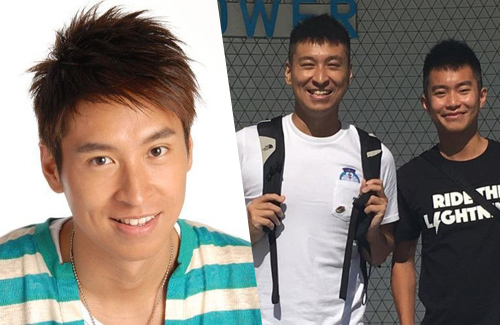 After breaking out in 2004 teen drama Sunshine Heartbeat <赤沙印記@四葉草.2>, Charles Szeto‘s (司徒瑞祈) ensuing career at TVB was not as fortunate. He failed to have any other representative work and he eventually left TVB after working there for 13 years. However, his off screen pursuits have been more fruitful, as Charles now owns two restaurants and found the love of his life with his non-celebrity boyfriend, Gary.

Coming from a family of swimmers, Charles was only 10 years old when he represented Hong Kong in competitions and broke numerous swimming records. Joining the entertainment industry in 2004 with his first role in Sunshine Heartbeat, Charles acting career was met with mediocre success.

His once positive image as a former athlete received a huge hit when he was caught gambling and borrowing money in Macau, further pushing his career downhill. Spending over a decade at TVB, Charles only managed to film 15 television dramas and eventually became a host for children’s programs. 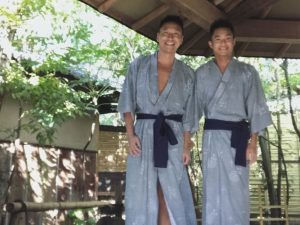 Turning his focus to the food industry, Charles opened two small eateries in the last three years. Shouldering all the responsibilities of running his own business such as ordering ingredients and supplies, cooking, and cleaning, Charles would average over 17 hours a day at work. His hard work paid off, and his business became fairly successful over the last couple of years, even receiving support from many people in the entertainment industry.

Besides his booming business, Charles has found a stable relationship with his boyfriend Gary for over nine years. Charles frequently shows off their love on social media, including photos of their recent trip to Japan.

Although he has stepped away from the entertainment circle for years, the 41-year-old expressed interest in filming again if an opportunity arises.

1 comment to Catching Up With “Sunshine Heartbeat’s” Charles Szeto