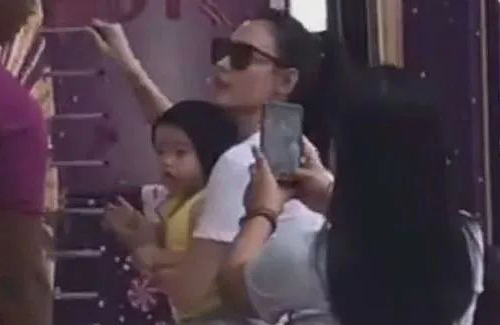 Bringing her youngest son Marcus to Singapore for a vacation, 39-year-old actress Cecilia Cheung (张柏芝) had openly shared her vacation updates on social media, such as the view from her hotel room. Sharp-eyed fans also grabbed the chance to photograph the actress and her son, with their photos showing Cecilia carrying Marcus while playing a claw machine at Sentosa, a tourist attraction she has previously visited.

The report also stated how Cecilia is putting in more effort taking care of Marcus now that he has turned one, though she also seemed to have let down her guard, not bothering to stop snap-happy netizens who blatantly took front-view photos of her.

While some media reports described Marcus as resembling his half-brother Quintus (謝振南), this seemed inaccurate as the baby is visibly chubby, has thick lips and well-defined features, and did not seem to have inherited his mother’s delicate facial features.While the older boys Lucas and Quintus resemble their father Nicholas Tse (謝霆鋒) more, the actor has very early on denied being Marcus’ birth father.

Nicknamed “Little Prince”, the actress’s third son is named Marcus Cheung (张礼承). Perhaps due to genetics, one-year-old Marcus looks bigger in size compared to other babies around his age, widening his eyes when having fun and looking on curiously at his surroundings.The identity of the child’s father remains a mystery even now and has provoked many guesses. When the child celebrated his one year birthday recently, Cecilia’s rumored Caucasian boyfriend Leo was spotted in Hong Kong, with the trio then taking a vacation in Singapore together. 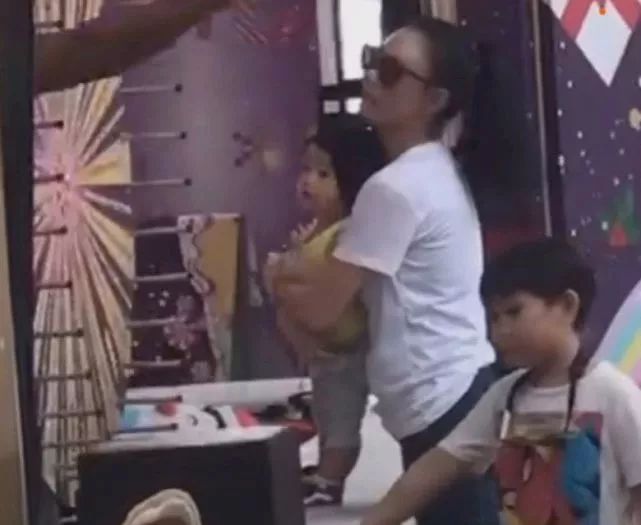 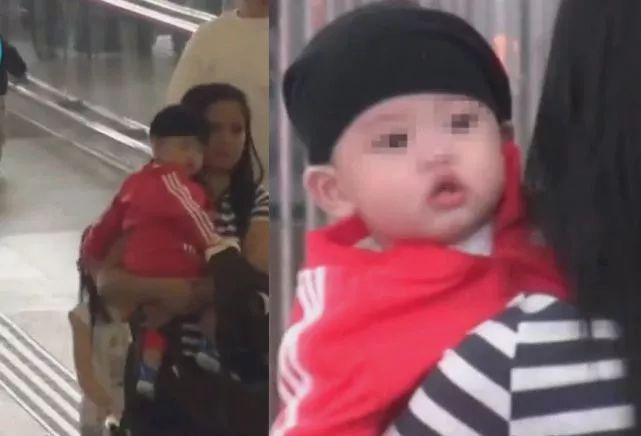 2 comments to Cecilia Cheung and Baby Marcus Vacation in Singapore