Cecilia Cheung’s (張栢芝) youngest son, Marcus Cheung (張禮承), celebrated his first birthday on November 18 with a birthday party. Cecilia took to social media to share photos from the celebration, in which Marcus was seen lying in her arms while drinking milk. However, a foreign male, who appeared in the photos, overshadowed the cute Marcus. Netizens were quick to assume the guy is Marcus’ father.

Also, Cecilia’s decision to upload an image of Boss Baby onto her Instagram in light of her son’s birthday led many to believe Marcus’ dad is a foreigner since Boss Baby has blonde hair.

Before she got pregnant, Cecilia released a series of intimate photos of herself with some foreign men, and one of the men, Leo, was in numerous photos. She deleted those photos after she was impregnated, which caused netizens to guess that she was pregnant and that the foreign male is the biological father of her youngest son. 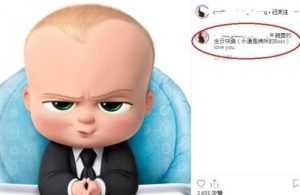 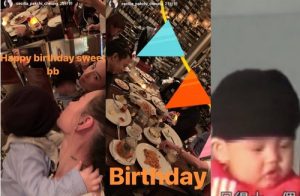