Chapman To Curses Up a Storm Over Car Accident 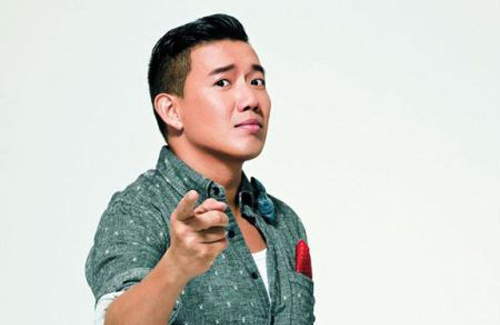 Chapman To (杜汶澤) is notorious for his outspoken and opinionated nature. While some may find this attribute to be authentic, Chapman’s straightforward character has caused clashes between many of his colleagues in the past. Recently, his fiery temper has yet again gotten him in trouble. This time, over his car accident.

A few days ago, Chapman got into a car accident, where he collided with a Porsche. Although it was a small accident and no highly visible damage was seen on either vehicles, both parties engaged in a quarrel. Chapman expressed that the Porsche had rear-ended him, but he initially did not intend on making it a big deal. However, the other driver got out of his car and began yelling and insisting on involving the police. Known for his short temper, Chapman did not sit idly by and began quarreling with the driver in return. The commotion drew in a large crowd. One witness shared, “Both were cursing up a storm and were very angry.”

Still outraged over the incident, the 46-year-old actor later continued his rant on social media. He wrote, “People these days are really crazy. I was driving on the main lane and you were merging in. You cut over and your car swiped my rear. I already said you didn’t need to compensate. It’s such a small matter, yet you still had to get out of the car and argue, saying you want to call the cops! Great! Now we have to wait for the police and block the road. What is the point?!”

When reports came out later highlighting Chapman’s notorious bad temper, he expressed, “Actually, there is one thing that I don’t understand. A lot of people feel that an artiste needs to tolerate and submit to humiliation in unfair situations for fear of gossip and rumors. What kind of reasoning is that? I never did and never will. I will definitely strike back.”