Flying Tiger 2 <飛虎之雷霆極戰>, starring Christine Kuo (苟芸慧) as Kenneth Ma‘s (馬國明) wife, finally premiered in Hong Kong following months of postponement. The show marks Christine’s first return to the small screen since her last drama in 2016. Although Christine had just tied the knot with William Luk (陸漢洋) when filming for Flying Tiger II commenced in 2018, she forbade him from visiting her on set.

The actress revealed William had stopped by the film set one day, but it made her really uncomfortable. “I get easily distracted, and it felt like a pair of eyes were always watching me,” she expressed. “When we got home, I told him not to come anymore, but he said he had wanted to see his idol Kenneth.”

Christine on Playing a Couple With Kenneth 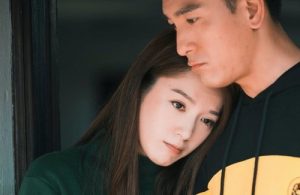 In the series, Christine plays Kenneth’s ill-tempered wife. “I remember I already had to yell at Kenneth the first day I worked with him. We had to film this scene on the streets, so a lot of people were watching. It was pretty challenging,” Christine recalls.

Thankfully, Kenneth was very patient with her, especially since it was their first time working together. “He is patient and always smiling even when I might not be in the best mood during filming. He tells me not to be nervous and often comforts me,” Christine shared. “We have a daughter [in the drama], and I always saw Kenneth playing with her all the time like a real father. It made me comfortable to work with him.” 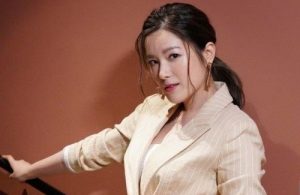 Once, Kenneth told her that they have a “bed scene” together, but he was just joking. Christine laughed and said, “Kenneth’s definition of a bed scene is us sitting together on a bed. I realized that he is like a child and has a naïve side.”

Along with Kenneth, the other familiar faces at work put Christine at ease even though she had not filmed a Hong Kong drama since leaving TVB in 2016. She happily said, “I am very nostalgic, so I was very happy to see all the familiar makeup artists and crewmembers.”