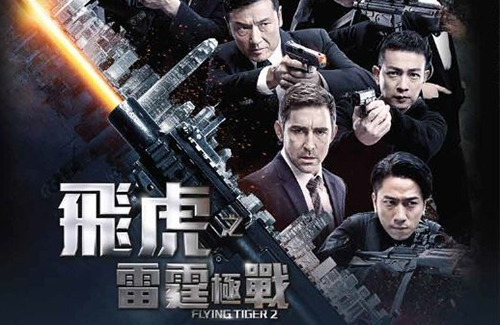 After nearly a year of postponements, TVB finally confirms that it will air the Shaw Brothers’ television drama Flying Tiger 2 <飛虎之雷霆極戰> in Hong Kong, premiering May 18, 2020.

The police series, which is the second installment to the Shaw Brothers’ Flying Tiger franchise, had already aired in Mainland China through Youku in September 2019. The first installment aired in 2018. 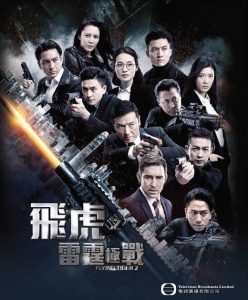 Flying Tiger 2 centers on a specialized anti-terror unit spawned off by the Special Duties Unit (SDU), a highly trained and militarized unit of the Hong Kong Police Force. The special unit was formed to deal with missions that are deemed too dangerous for even the SDU to handle. The A Team, as it is known, specializes in training spies to infiltrate crime organizations.

Michael Miu (苗僑偉) plays SDU Chief Superintendent Lok Ka-shing, captain of the A Team. A straightforward and righteous leader, Lok Sir is well-respected among his peers and subordinates. Within his hard exterior he is warm-hearted and reliable, but is married to his job.

Bosco Wong (黃宗澤) plays Senior Inspector Eddie Wong, who gets transferred to the A Team from his original post as leader of a crime unit. Eddie is a former MI6 agent, a trained spy, and works well under pressure. Among friends, he is known for his humor. His eyes were injured during a bomb explosion, rendering him unable to produce tears.

Ron Ng (吳卓羲) plays Senior Inspector Cheung Man-lung, who gets chosen to be part of the A Team due to his exceptional observational skills and specialty in cryptography. He is formerly a member of the Narcotics Bureau. Dependable and reliable, what Lung hates more than anything else in the world is lies. A regretful mistake in the past constantly leaves him to feel lonely. 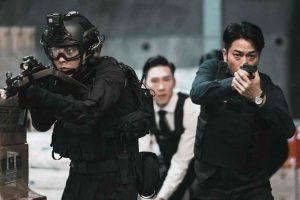 Kenneth Ma (馬國明) as Senior Inspector Ting Ho-yin, who is chosen for his skill in collecting intel. As leader of the Criminal Intelligence Bureau, Ting knows the ways of the street. He has an easy-going personality. During a mission he accidentally injures a fellow police officer, causing him to develop a fear of firearms.

Yoyo Mung (蒙嘉慧) as Au-yeung Man-yee, a fashion designer who tires to set herself apart from her triad father. She is Lok Sir’s love interest.

Kelly Cheung (張曦雯) as Jean Au, an English spy who takes up the identity of an office worker at a PR firm.

Jacky Cai (蔡潔) as Mo Yat-man, a CIB probationary inspector who collects intel for A Team. She specializes in codes and hacking.

Lawrence Ng (吳啟華) as Commissioner of Police Paul Poon, who creates the A Team.

Jennifer Yu (余香凝) as Senior Inspector Yu Ka-lam, who brings her knowledge working with the Identification Bureau to the A Team.