The actor gave up university to pursue his acting dream.

The actor, who had studied at international schools since he was young, speaks English fluently. However, Ricco gave up his chance to pursue university studies as he wanted to enroll in TVB’s artiste training class. Thankfully, his parents were supportive of his decision.

Entering the entertainment industry in 2015, Ricco’s rise in recognition levels seemed relatively smooth. But he had gone without jobs for three to four months once, Ricco felt depressed and doubted if he was cut out for the job. Unknown to many, the young actor had diligently approached producers to introduce himself and his background in hopes of getting cast. To perfect his onscreen enunciation, Ricco would also practice reading lines from the script in front of the mirror until he was satisfied.

Conscious of his image, the determined actor also stopped going drinking with his friends ever since he became an artiste so he would not be seen as someone who loves the thrills of nightlife. In his free time, Ricco prefers athletic pursuits instead. 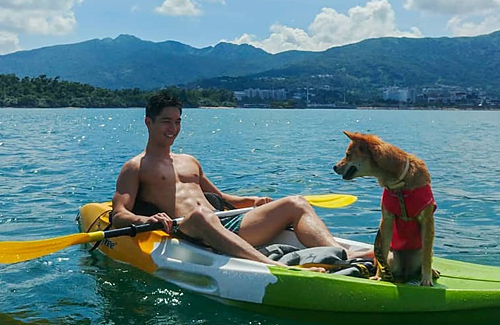 Born into a middle-class family, Ricco’s parents are both civil servants. Ricco has three brothers and they are all very close. Ricco’s eldest brother was captain at Hong Kong Fire Services Department for seven years; his second brother is a pilot, while his younger brother works as a model.In 2019, the entire family flew to Australia to attend his second brother’s graduation ceremony. With all four brothers being well-built with suave looks, good genes definitely run in the family! 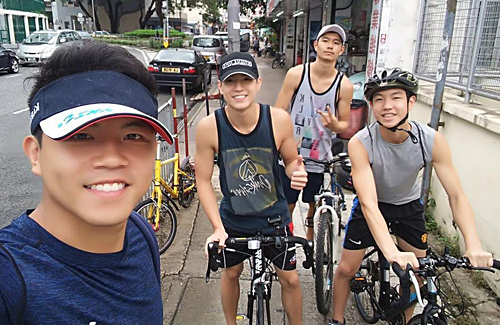 Despite not being able to continue his university studies due to his decision to join TVB, Ricco does not regret his choice, as he was clear about his goal to be an actor and entering the industry earlier to learn the ropes. Since he really enjoys the craft, he would throw himself wholeheartedly into every filming project and forget about the sacrifices he had to make. “I have never thought about becoming famous. I’m happy to just have dramas to act in.”