The press had a field day after Kaman Kong (江嘉敏) and Crystal Fung (馮盈盈) attended rich second-generation Arnaldo Ho‘s (何猷亨) yacht party last May. Due to negative headlines alleging that the two actresses are social climbing, Crystal claimed that Kaman invited her to the event while Kaman asserted that it was the other way around. No longer friends, both parties have already gone their separate ways and befriended others with connections to the upper class. 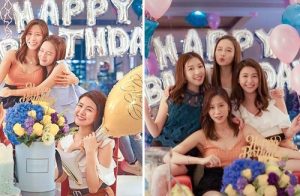 When their friendship fell, Kaman began spending time with Iris Lam (林凱恩), and through her, she was able to meet Karmen Kwok (郭嘉文), who is also the girlfriend of wealthy businessman Richard Li (李澤楷). Hence, Kaman has been hanging out with this group in hopes of climbing to upper-class status eventually.

However, Crystal did not fall behind, as she latched onto her rumored boyfriend, Leonard Cheng (鄭衍峰), and infiltrated his circle of friends, which includes rich second-generation Reeve and his girlfriend “Durian Princess” Nicole Wu (胡美貽).

Reeve’s family built their wealth from their love of investing in properties. Previously, they sold a single a 70-year-old single unit in Mong Kok for 330 million Hong Kong dollars. Former Miss Hong Kong 2017 contestant Nicole, who has starred in Fun Abroad <3日2夜>, also comes from a wealthy background with a rich dad in the United States. Four years ago, her father gave her HK$1 million to start her own business. Aside from owning a bubble tea shop in America, she also owns 30 acres of durian farms in Malaysia, as well as a few durian dessert shops in Hong Kong.

Lately, Crystal has been sticking closely to Nicole, as they both don’t have many other close friends in the industry. Given that Nicole is more introverted while Crystal enjoys talking, the two opposites immediately attracted. Apart from meeting for girl’s talk and dinners, Crystal would also join Reeve’s gatherings with his rich-second generation friends. Even though she has been busy with filming AI Lover <智能愛（AI）人>, she still makes time to attend their hangouts and doesn’t mind going with Leonard as such is the case with Reeve’s birthday party. 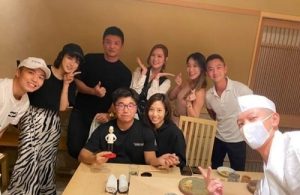 On September 18, Crystal appeared in a short dress with Leonard, Miss Hong Kong 2019 second runner-up Kelly Gu (古佩玲), and two other friends to attend Reeve’s birthday bash at a six-star hotel in Central. Although Crystal wore a mask, she was easily recognizable by hotel guests, so she hurried into the elevator, where she fixed her makeup in the mirror. 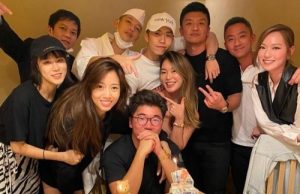 In the many photos and short videos taken at the party, everyone had Asian Flush from the alcohol. In one picture, Nicole sat next to Reeve as he cut his cake, and in another, Crystal and Leonard smiled as they ate fruit together. However, in the group photo, Crystal and Leonard deliberately separated, and instead, another man had his arm around Crystal’s shoulder, like a good friend.

As seen in the pictures, Crystal’s close-knit relationships with both Leonard and Nicole are undoubtedly giving her the upper hand in surpassing Kaman of entering the upper class. 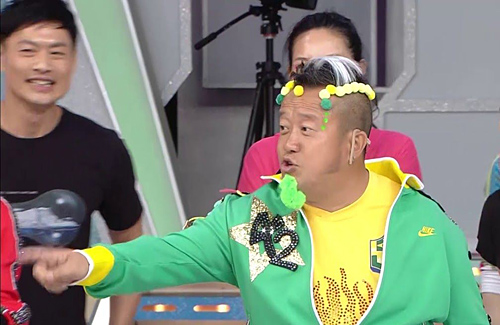 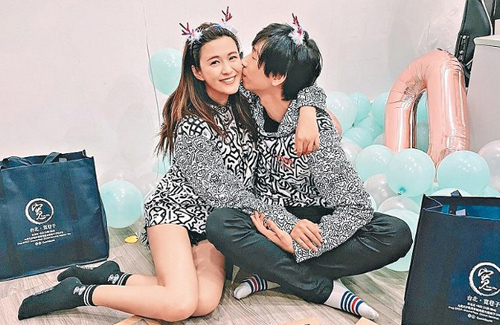