Crystal Fung on Leonard Cheng: “I Consider Him Like My Second Brain” 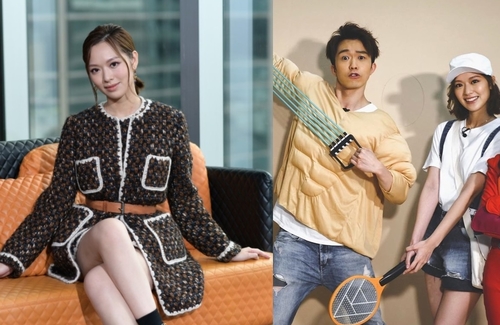 As a rising star at TVB, actress Crystal Fung (馮盈盈) is always closely monitored by reporters in all aspects of her life. In particular, the media is very curious as to who will fill the shoes of her ex-boyfriend Martin Chung (鍾文浩) after their relatively high-profile relationship ceased. Based on recurring dating rumors, the 25-year-old seems to be in a relationship with TV host Leonard Cheng (鄭衍峰). Although the two have repeatedly refuted the rumors with claims that they are only friends, reporters still frequently bombard Crystal with questions about Leonard. Recently, her comment on his attentiveness and ability to remember her menstrual cycle fanned the flames. 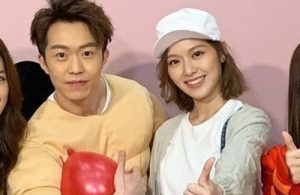 The dating rumors began flying after the two grew close from co-hosting the TVB talk show, Young and Restless <後生仔傾吓偈>. Although they denied the allegations time and time again, they continued to display a close relationship by celebrating their birthdays together. Not long ago, Leonard shared a photo from his birthday celebration with Crystal in it online. The actress also dedicated an Instagram post to wish him a happy birthday.

Despite their actions, Crystal reiterated that they are just good friends. She thanked everyone for paying attention to her love life, but expressed, “Although dating is not a bad matter, I am a person who prioritizes work first. Leonard is a really good friend of mine, and he is a very good guy. He’s very smart and thoughtful. We share a similar background by working in the entertainment industry, so I consider him like my second brain, where I would share my thoughts with him for a second opinion.”

His Strengths Make Up for Her Weaknesses

She added that their friendliness with each other may have caused outsiders to misunderstand, but she just treats it as free publicity for Young and Restless. As for the public labeling Leonard as inferior to Crystal since he was spotted visiting her home and driving her car, Crystal said it’s unnecessary to conceptualize friends in such manner. She went on to share their respective strengths and weaknesses.

“If you know me, I am a very clumsy and forgetful person,” she said. “On the other hand, Leonard is very detail-oriented and has an excellent memory. He remembers all my work schedules and menstrual cycles even better than I do. He’s a very warm-hearted guy and often lends a helping hand like taking my car to recharge the battery.”

In case of further misunderstandings, Leonard was quick to point out that it is too exaggerated to say he remembers Crystal’s menstrual cycle. He explained, “Whenever we work, Crystal would talk about her period, so I would then remind her to avoid eating raw and cold food.”

Other than that, Leonard said his platonic relationship with Crystal is very comfortable. He said, “It’s not easy to find a friend who you can be yourself and communicate with easily, and it’s good that we both prioritize our careers.”

2 comments to Crystal Fung on Leonard Cheng: “I Consider Him Like My Second Brain”