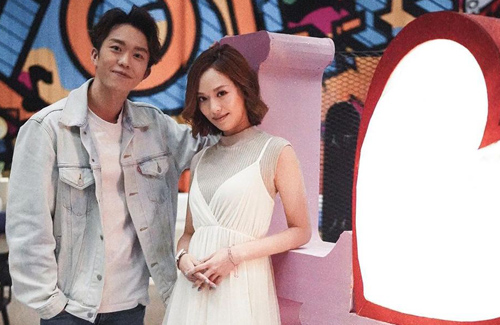 Shortly after her breakup with doctor Martin Chung (鍾文浩), Crystal Fung (馮盈盈) has been linked with different men. Though she was seen at rich heir Arnaldo Ho’s (何猷亨) yacht party, her rumors with Young and Restless <後生仔傾吓偈> host Leonard Cheng (鄭衍峰) intensified when he was spotted at her home on several occasions. While their friendship is close and sometimes hints that there may be more, Leonard said that dating Crystal would just be his wishful thinking.

Both sharing birthdays just weeks apart, Crystal and Leonard celebrated together. On July 13, Crystal posted a photo of her birthday decorations on Instagram and captioned it with ‘20200713 Happy Birthday’. There is more than meets the eye with the seemingly innocent post as Crystal’s birthday on June 10 has already passed, but July 13 is the exact date of Leonard’s birthday. She may have used this opportunity to publicly wish him a happy birthday without being too open about it.

Afterwards, a photo of Leonard’s birthday dinner party surfaced on social media and Crystal was also in attendance. The two were wearing matching couple t-shirts in black and white. Reporters called them for a comment but Leonard refused to admit anything, “We are good friends and just so happened to have worn the same shirt. Please don’t make a big deal out of it! I’m very happy that many good friends were in attendance that night to celebrate my birthday.” 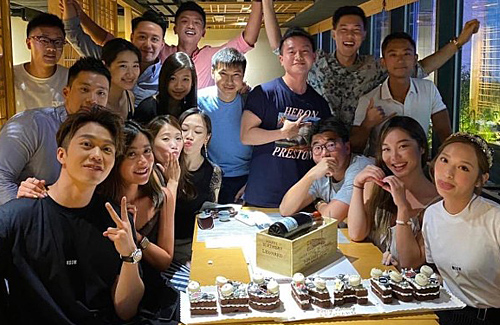 Commenting on their recent rumors as a couple, Leonard praised Crystal for being a very talkative person and good co-host on their program Young and Restless. As for their seemingly “closeness,” Leonard denied that they are dating. “We’re only friends. I’ll help her out with whatever she needs. Even if I wanted to, Crystal has a lot of [dating] options. I’m [flattered] that everyone thinks I can match with her.”