Despite Multiple Affairs, Alvin Chau Loves Wife the Most 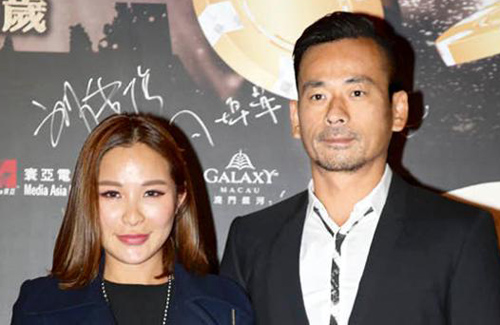 Although casino tycoon, Alvin Chau (周焯華), is known for having multiple lovers in his marriage to Heidi Chan (陳慧玲), he still places family first. While spotted earlier with pregnant lover Mandy Lieu (劉碧麗), Alvin also makes sure to spend time with Heidi, who is currently pregnant with their third child. Alvin and Heidi were seen behaving intimately while on vacation in Japan.

The couple recently attended a Cali Group banquet, where Alvin was called on stage to pick a raffle prize. Alvin announced loudly, “I love my wife the most! My feelings for my wife are as solid as diamond and it will never change!” The audience cheered at his public love declaration.

An insider revealed, “The public thinks that Heidi is fighting with Mandy for Alvin’s affections. Actually, Heidi doesn’t have any demands on Alvin. She’s just focusing on maintaining her business and isn’t fighting over anything. Even if Alvin is flirtatious, he only has one wife. He knows how to prioritize and will not let other women get in between them.”

Confidently responding to her husband’s affair with Mandy, Heidi said it was not uncommon for men to cheat, “There’s no need for me to fight anyone over anything. Win or lose, I’m still the wife.”

87 comments to Despite Multiple Affairs, Alvin Chau Loves Wife the Most