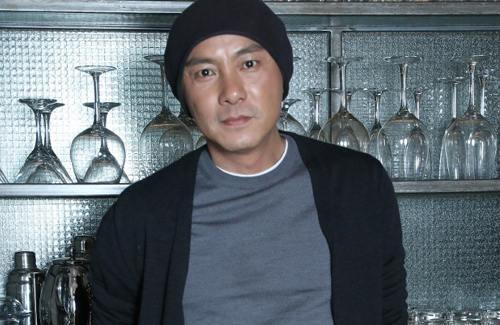 Returning to TVB for period comedy, The Learning Curve of a Warlord <大帥哥>, Dicky Cheung’s (張衞健) performance proves that he’s still loved by Hong Kong audience viewers after all these years.
With the drama is doing fairly well in ratings and Dicky’s acting is garnering quite a bit of attention, the 53-year-old actor briefly talks about having left the station over two decades ago.

After his popularity shot up in 1996’s Journey to the West <西遊記> portraying the Monkey King, Dicky decided to ask for a huge raise, leading to a disagreement with TVB’s management team. It was said that one of the company’s representatives at that time was appalled by Dicky’s request and questioned whether or not Dicky was even worth the money and even said, “Without fur, you don’t have value!”

Twenty-two years later, Dicky clarified the statement, “He was one of my seniors from the film industry and invited me to the coffee shop to talk about filming a movie. The character didn’t require me to have fur stuck to me so just because of that, people think that they could lower the pay check as much as they can. People can go so low just because they wanted to lower the fee. What they said really hurt me – it hurt so much that I left immediately!” He added, “At that time, I really thought that maybe I wasn’t anything unless I was Sun Wu Kong. I was already only in my 30s!”

Refusing to release the name of the person he dealt with, Dicky said he learned two important “F” words from the situation – forgive and forgot.

Returning to TVB after so many years, many wondered if the actor is not used to the long and tedious hours. Dicky said he has yet to encounter a production that was easy to film. When asked if he considered changing up his famous Dicky Cheung style comedy, the actor said this style is unique to him and it’s something audiences want to see. “If I’m not Dicky Cheung – why would viewers even watch me? If I pretended to be Tony Leung (梁朝偉) while playing my character in The Learning Curve of a Warlord, then why not just go watch Tony? Why watch me?”