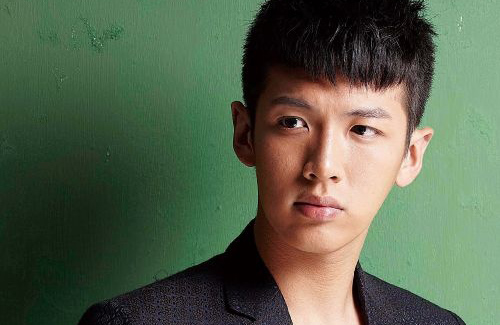 Taiwanese actor Kai Ko (柯震東), who was arrested for marijuana on August 14 in Beijing, was tested negative for drugs in his urine test.

On August 14, Jackie Chan‘s (成龍) son Jaycee Chan (房祖名), Kai, and more celebrities were busted for marijuana offenses in Beijing. Kai was detained for 15 days, while Jaycee is still held in detention for his drug possession.

On September 1, Kai arrived in Taiwan to attend a court hearing at the Taipei prosecutor’s office. At the court inquiry, the 23-year-old was asked to provide a urine sample and eight hair follicles for cannabis drug testing.

According to reports released on September 5, Kai was tested negative for drugs in his urine test. However, hair testing provides a more thorough measurement and it will be able to detect if Kai was a long-term drug user. Results for Kai’s hair test will be available next week at the earliest, and Kai may have to return to court.

If Kai is tested positive, he will be sent to a drug rehabilitation center for two months and receive drug abuse treatment for an entire year. Kai has requested to go into rehab at his own expense.

Meanwhile Jaycee Chan, who admitted to using marijuana for eight years, is still detained by Beijing authorities. Since the police seized more than 110 grams of marijuana at Jaycee’s residence, he may face a prison sentence ranging from three to five years according to Mainland law.