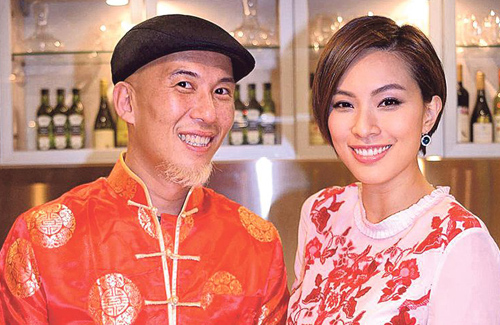 Queenie Chu (朱慧敏) and Eddie Pang (彭懷安), a former member of the dance group EO2, announced their engagement in February. Originally planning to get married next year, the couple postponed their wedding after Eddie was photographed out partying with a woman and spending the night at her house.

Although Queenie defended Eddie, believing that he did not cheat, she decided to postpone their wedding. She admitted that they still have problems they needed to work on. Eddie has also posted up an apology to Queenie on his Weibo.

Returning to work to film The Last Imperial Physician <末代御醫>, Eddie said that he and Queenie are currently in their cooling period. “We should solve all our problems before our marriage,” said Eddie. He added that he has learned his lesson and will not frequent nightclubs anymore. “I should really stop going.”

Asked if Queenie is still be considered to be his fiancee, he said, “Not yet. We really need to figure out what’s going on between us first. I’ll prove myself through my actions.” Eddie said he wants to give Queenie more space and will not be visiting her in England.

3 comments to Eddie Pang Will Wait for Queenie Chu