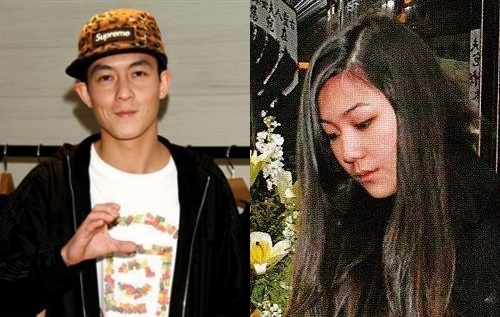 Earlier, Edison Chen Koon Hei made an announcement in Taiwan that he will make a full comeback to the entertainment circle. On April 16th,  Edison’s trendy clothing store, Juice, opened its doors in Taipei. Long lines snaked around the corner of the block as fans stood on the street, hoping to meet Edison at the grand opening.

Edison’s girlfriend, Vincy Yeung’s grandmother passed away at the same time. Although currently a university student in Boston, USA, Vincy flew to Hong Kong to attend her grandmother’s funeral last week. As a result, Vincy was unable to attend Juice’s grand opening festivities with Edison.

Without Vincy by his side, Edison appeared distracted during his Taipei trip. At the Juice grand opening after party, Edison was spotted texting on his cell phone non-stop. Many Taiwanese women approached him that night, Edison did not pay attention to them. Apparently, he only had Vincy in his heart.

Targeted towards youths, Edison’s Juice stores celebrate Hip Hop culture. The Taiwan store is the fourth store in the Juice chain. Other store locations include Hong Kong, Malaysia, and Singapore. Jayne: Edison’s juice store looks interesting. The style is very American Hip Hop. Not sure if he is responsible for the creative concept of the merchandise though.