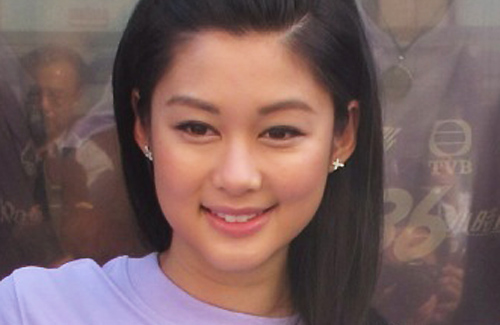 Eliza Sam (岑麗香) did not have much ambitions when she first joined the Miss Chinese International pageant in 2010, but as a graduating college student who was ready to test new boundaries, she was eager to try anything new.

“The pageant was a rare opportunity for me to try something I haven’t tried before. If I was lucky enough to reach the top ten, then I would be able to have stories to tell to my children. I would like to tell them that as long as you try, anything is possible.”

After winning the pageant, Eliza was given two options – leave or stay. Opportunities in the entertainment business come and go as quickly as the blink of an eye, and Eliza knew she had to come up with a decision, fast.

“Although I knew staying in Canada would give me a more stable and happier lifestyle, I would always be carrying that ‘what if’ scenario in the back of my head. That’s why I decided to stay,” said Eliza.

Stepping into her fourth year in Hong Kong, the Canadian-born Eliza still finds Hong Kong’s fast-paced subculture quite hard to adapt to. “Canada is a relaxing and easy-going place. For those likes us who are used to that kind of lifestyle, Hong Kong is not really suitable for us. It’s too fast and complicated.”

Eliza’s parents were originally against the idea of Eliza traveling to Hong Kong alone, but they had come to realize that the long distance is actually beneficial for Eliza’s developing independence. “They want me to seek new life experiences. They know I would regret it if I didn’t do it, so they didn’t stop me.” Eliza would return to Canada at least once a year to visit her family.

But Hong Kong is not at all as frightening and distant as it originally seemed. The 29-year-old has recently developed an interest in cooking Chinese dishes. “I’ve learned how to boil certain foods and how to cook soup. I’ve learned what it means to be ‘yit hei’ (heaty) and what food is suitable for what weather. Foreigners never really cared about these things, but I find it very refreshing. I get to learn more about Chinese culture.”

On why she ultimately chose to dab in showbiz, Elizza said, “I am a curious person. I love to learn new things. I was really worried when I first settled down in Hong Kong, but honestly, Hong Kong is not as scary as I thought. People are very kind; it’s just that they lead very stressful lives. If you are willing to ask questions, seniors will be very glad to help you out.” Eliza thanked her The Hippocratic Crush 2 <On Call 36小時II> costar, Him Law (羅仲謙), for helping her overcome challenges. The two have previously worked together on Eliza’s debut series, Divas in Distress <巴不得媽媽>.

Unsurprisingly, the biggest obstacle for Eliza to overcome in her career is language. “I really didn’t know how to read the script at first, but now I’ve managed to read about half. I really don’t want to drag anybody down with me. These productions require team work and we all have our own parts to do. As long as you are willing to learn, every day is a lesson.”