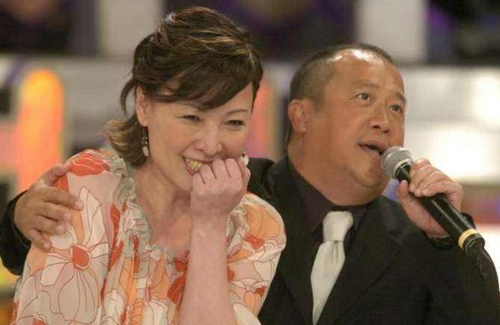 Though Eric Tsang‘s (曾志偉) marriage with Taiwanese actress Wong Mei Hua (王美華) only lasted for three years, the pair remain friends and are there for each other during times of need. In the 1970s, she married Eric when she was only 18, and had two daughters before filing for divorce. Though largely leading their own lives after the separation, Wong Mei Hua is especially grateful for Eric’s support when she was diagnosed with cancer for the third time. 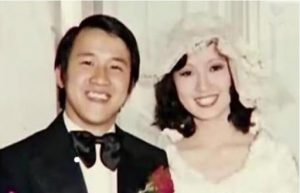 Appearing as a guest for Tawianese talk show Lady Go <單身行不行>, Wong Mei Hua shared about how her relationship with Eric has evolved over the years. When they were married, Wong Mei Hua confessed that they did not properly communicate with each other. However, their divorce made it easier to get along as friends, and they would often chat and encourage each other because of their mutual efforts, “ I am willing to treat him well, and he is willing to accept it. He received my concerns, and I also accepted his concerns for me.”

With her health worsening over the past few years, Wong Mei Hua learned to see life from a more simple level. She was diagnosed with thyroid cancer in 2006, and then lymph cancer in 2016. Last year, doctors found a tumor in her lungs, and Wong Mei Hua was able to recover after a surgical operation. Battling cancer for the third time, Wong Mei Hua chose to live with an optimistic outlook. Focusing on what she can control, she adjusted her mental outlook to deal with her health issues while putting her trust in the hands of her doctors. She stressed that it is important for everyone to do a regular physical checkup on their health.

During Wong Mei Hua’s cancer treatment, Eric called to check up on her and he would chat throughout the night to divert her attention from her pains. Given their past together, Wong Mei Hua confessed that their current friendship is special and it is something that she continues to cherish.

Stronger Relationship with Her Daughter

The strongest emotional support came from Wong Mei Hua’s daughters. Her eldest daughter, Bowie Tsang (曾寶儀), was the first to know about her cancer diagnosis while her youngest daughter, Tsang Wing Yee (曾詠儀), flew back to Hong Kong to help take care of her. Recalling a time when she had trouble urinating, Wong Mei Hua was moved that Bowie did not leave her side and continued to support her.

Wong Mei Hua’s illnesses brought the family closer and treasure their moments together. She and Eric still treat each other as family members. Most importantly, her daughters learned how to take care of her, and Wong Mei Hua learned how to accept help from others.

Eric Tsang Was an Absentee Father in Daughter’s Childhood