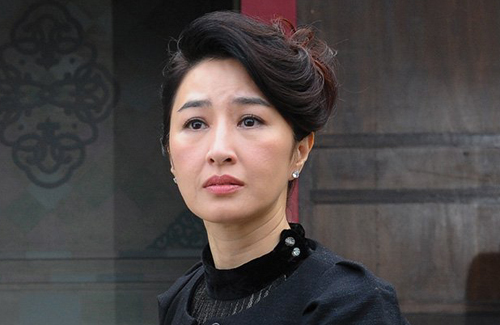 During their ten years of marriage, Nick Cheung (張家輝) and Esther Kwan (關詠荷) experienced great changes. Nick, who left TVB for a career in film, has made his way to become a seven-time Best Actor winner since 2008’s Beast Stalker <證人>. Esther, placing all efforts in raising their daughter Brittany Cheung (張童), has maintained a semi-retired lifestyle since marriage, but occasionally returns to the TV screens to star in various TVB dramas.

With Esther’s current television drama Always and Ever <情逆三世緣> raking in decent viewership ratings, Esther’s family life is back on the tabloids’ radar. The award-winning actress is coming face-to-face with rumors regarding Nick’s alleged depression relapse and how their marriage is suffering. Despite the negativity of the rumors, Nick and Esther confronted the allegations in a mellow manner, insisting that all is well.

Aside from promoting her new drama, Esther spends most of her time with her family and her 7-year-old daughter, Brittany. Nick and Esther dotes on Brittany; the overworked Nick once expressed that he was not a workaholic, but just a caring father who wants to earn more money so his daughter can live comfortably.

As for Esther, she described Brittany as a rare gift from the heavens, and also her only gift.

Esther has been through two miscarriages, one in 2004 and another in 2005. After her first miscarriage, she did not tell anyone except for Nick, who was shooting a film in Shanghai at the time. After her second miscarriage, Nick did not dare to express any emotions in front of Esther, but Esther remembered seeing him secretly crying behind a stairwell.

On Brittany and Being Parents

Esther is determined to give the best for her daughter. She enrolled Brittany in an international school and took her to take countless enrichment classes. Esther never left her daughter’s side – whether it was taking her to school, to dance classes, or even to amusement parks. To some mothers, Esther oozed qualities of a “Tiger mom”, but Esther did not consider herself as one. She insisted that basic ideological education is very important for a young child.

“Young children need to be guided and taught at an appropriate time. If a sudden incident occurs, that incident can be used as an opportunity to teach the child positive ways of behaving. If I am not with her all the time, I will never know when and how to teach and explain to her the positive messages. No one wants to raise a delinquent child!”

When it came to watching Nick’s films, Esther made sure to use discretion on whether it was appropriate for Brittany to watch. At the mention of Nick’s upcoming directorial debut Yu Lan Magic <盂蘭神功>, Esther expressed that she would definitely support the film. “But it’s a horror film. I’m afraid that it will scare my daughter, so I will not take her to watch it.”

Will Esther take Brittany to watch Unbeatable <激戰> and watch Nick’s six-pack body in action? Esther laughed, “This is an inspirational film, and it is good for kids to watch, but there is a lot of fighting and violence. I’d need to counsel my daughter first!”

How about Esther’s own television drama, Always and Ever? “Before school started, she watched a bit of it with me. She didn’t like nor understood why I had to die three times, so I had to do a lot of explaining. She was a bit afraid.”

With Esther’s strong acting career in mind, one can always imagine Esther to be a tough career-minded woman. “But there is a gentle side of me,” said Esther with a smile. “If we only cared about our careers, then why have kids? [Nick and I] really love kids, but if we left our daughter to someone else’s care, it will be hard to build a relationship with her. I really don’t want to lose the opportunity to watch my daughter grow. People say that they can never see their kids grow taller, but I can. I will always say to her, ‘Wow! You’re grown!’ I can catch the smallest details.”