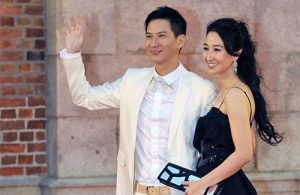 When Nick Cheung (張家輝) and Esther Kwan (關詠荷) first dated in the early 90’s, Esther was ATV’s number one actress, while Nick was a former cop struggling with minor roles in unpopular TV dramas. No one supported their relationship, and after three years of dating, they decided to separate. Nick practically gave up the acting industry and moved to South Africa to help a friend with his restaurant. But Esther never gave up on Nick, and even helped him care for his older sister who was fighting cancer. Touched and grateful, Nick moved back home and reunited with her. In 1998, Nick shot to fame after starring as the main villain in TVB’s Secret of the Heart <天地豪情>. The couple married in 2003, and have one daughter, Brittany. While Esther has semi-retired from the industry to be a full-time mom, Nick stayed strong as an actor, and is now a two-time HKFA Best Actor winner. 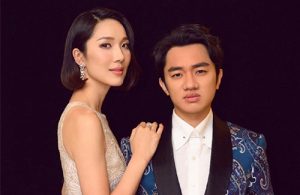 In 2005 Wong Cho-lam (王祖藍)—then still a television host for TVB’s children program—boldly pursued 2005 Miss Chinese International winner Leanne Li (李亞男). With Leanne being four inches taller than Cho-lam, their relationship wasn’t exactly met with positivity. But the couple overcame judgement and tied the knot in 2015. Their daughter Gabrielle was born in December 2018. 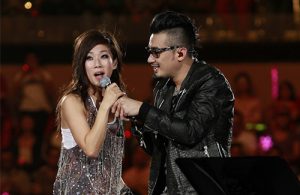 After a collaboration, Jun Kung (恭碩良) and Sandy Lam (林憶蓮) started secretly dating in 2010. The couple are 11 years apart, and even after 9 years, they are still as loving as ever. Sandy once shared in an interview that Jun is the most important man in her life.