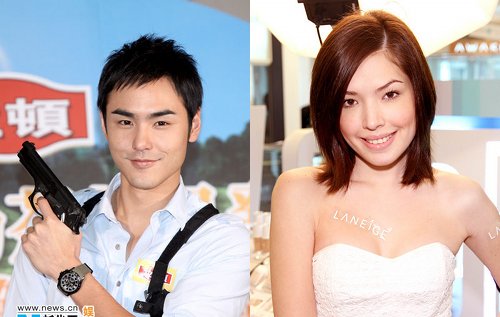 Taiwanese heartthrob, Ethan Ruan Jing Tian, and Mark Zhao were in Hong Kong recently to promote their new gangster thriller, “Monga” (艋舺).  Ethan was caught in an earlier scandal when reporters reported that he may have cheated on girlfriend, Tiffany Xu. Ethan reportedly shared a hotel room with a mysterious woman for seven hours on March 4th. Ethan claimed that he did not cheat on Tiffany and explained that he shared the same hotel room as the woman, but they did not sleep together. “That night, my friends and I were at a lounge until 5 AM. Since it was so late, we did not return home and checked in a hotel suite instead. My friend wanted his girlfriend to stay in the same suite.” Ethan claimed that he slept in the hall of bedroom and the woman slept on the bed while awaiting his friend’s arrival.

Tiffany was reportedly heart-broken over the incident and changed her Facebook status from “in a stable relationship” to “It’s a long story.”

Currently, Ethan has a tattoo on his waist. Reporters asked Ethan whether he will be getting a tattoo with Tiffany’s name to express his love? Ethan said he will not get any “love” tattoos. “I am not afraid that we will break up. Tiffany is also the name of a brand jeweler. Also, the tattoo would pose as an inconvenience during filming.”

Meanwhile, Tiffany was spotted in Taiwan with a downcast and troubled expression. Apparently, the pair may not have worked out their relationship quarrels yet.

At film “Monga’s” promotional event, Ethan flirted with many of the female fans. When a fan asked Ethan to place a sticker on her leg due a game segment, Ethan knelt on one knee and obliged. When another fan wanted the sticker on her face, Ethan gently brushed her hair aside and used a tissue to wipe her face. All the fans screamed wildly with excitement. When the cast departed for Taiwan that night, over fifty fans waited at the airport to see their idols leave.

Jayne: Whether Ethan’s story is true or not, it’s very weak. Many people will be ready to jump to conclusions since he shared the hotel suite with the woman. It appears that Tiffany and Ethan may still be fighting over this incident.