Filming Progress of “The Exorcist’s Meter 2.0” 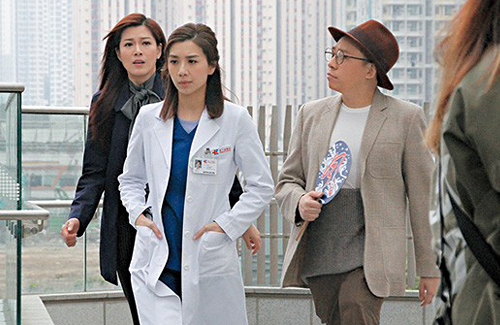 The Exorcist’s Meter <降魔的> received rave reviews last year and TVB has decided to film a sequel with the original cast. Mandy Wong (黃智雯) will be reprising her role as a doctor; the only difference is this time she will have a guardian spirit played by C Kwan (鄭詩君) watching over her.

Recently, the cast was seen filming in San Po Kong. Mandy Wong, C Kwan, and Mandy Lam were filming a scene where Mandy Lam (林淑敏) portrays a journalist begging Mandy Wong for an interview but is bluntly declined by her. Since Mandy Lam only had a cameo role, she did not seem to be interacting much with Mandy Wong and C Kwan, and instead was intensely focused on reading her script. 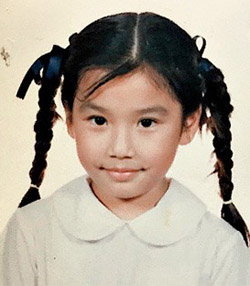 However, Mandy Wong is known for being friendly and easy to get along with in TVB. While filming, a dog was walking nearby and the actors immediately bonded over playing with the dog. Mandy Wong was very affectionate and had air of childlike innocence while she played with the dog. She had uploaded a photo of herself in elementary school with pigtails on social media recently and her facial features are still very similar now. It must be because of this childlike spirit that she has retained her youth.