Even as a busy mom of a 5-year-old daughter, Gigi Leung (梁詠琪) continues to juggle her entertainment career. Giving updates about her family life and the release of her new music album, Gigi has been inspired by her daughter on many levels.

Like many young children, Sofia enjoys certain routines at home. For example, she would always ask Gigi for a bedtime story at night. Gigi explained, “My daughter likes to listen to my stories. Maybe it is because I act out the stories and make the plot interesting. I will pretend to be a dinosaur or speak like a princess…. Sometimes she sees me act so well that she will ask to do it again. It’s harder than acting for a drama because she wants so many takes. My husband also participates in the performance. He will jump around in bed, and he is more exaggerated than me.”

Gigi and her husband share the bed with Sofia, but she complains that Sofia talks a lot. “My daughter really likes to talk whether anyone listens or not. Just like the radio, especially before going to bed.” Gigi laughed and said that she had practiced listening attentively on the surface, but her mind sometimes wanders off.

A Younger Sister for Sofia?

When asked if Sofia wants a younger sister, Gigi shared that her daughter wants a baby of her own, “I was scared to death by her [response]…. She thinks it’s a big responsibility, and she needs to think about it. It’s as if she is really thinking about giving birth!” Regarding having another baby, Gigi would let fate decide and is not in a rush to have a second baby. 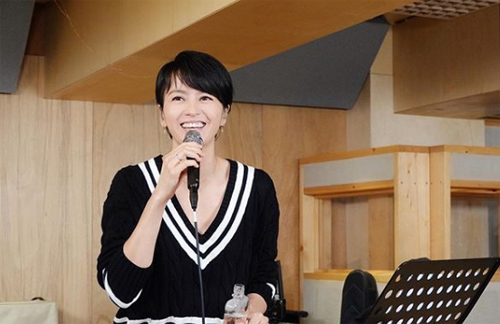 Although Sofia is a top priority in her life now, Gigi is still dedicated to her music roots. Releasing a limited edition album titled Preludio, Gigi shares details of the creative process. “Releasing a physical album is costly. I really need to be thoughtful and sell the concept.  Nowadays, people listen to music over the Internet. Fortunately, fans like the storytelling concept and the number of pre-orders have been good.”