In 2018, Gillian Chung (鍾欣潼) surprised the world when she announced her engagement to Taiwanese doctor Michael Lai (賴弘國) just after six months of dating. Just as quickly as their marriage came about, Gillian requested a divorce and signed the separation papers in early March of this year to end their 14-month union. Since the news broke, speculations regarding the cause of the breakup have been running rampant. 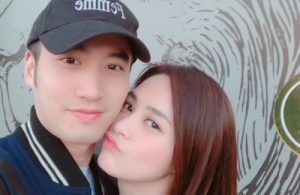 In a game of he said, she said, sources are now alleging that the pair’s lack of sexual intimacy played a part in their split. Aside from Gillian supposedly being dissatisfied with Michael’s financial situation, it is reported that Gillian also did not want to be intimate with him. It is said that the married couple did not engage in sexual intimacy for over a year.

When the press asked Michael about their divorce, he claimed that Gillian stopped loving him long ago. Though they managed to rekindle their love after filming a variety show together, the virus outbreak caused them to grow distant again due to quarantine and work.

Unwilling to give up on their relationship, Michael flew to visit Gillian twice in Malaysia while she was filming, but she had already made up her mind. Gillian didn’t want to waste any more time and asked for a divorce since she did not love him anymore. However, Gillian’s friends are refuting Michael’s claims and attributing the separation to his immaturity.

Gillian Chung Was Unhappy With Her Ex-Husband’s Flirtatious Behavior