In a surprising turn of events, Gillian Chung (鍾欣潼) and Michael Lai (賴弘國) announced they are the newest citizens of Splitsville. Although the pair tried to make their marriage work since tying the knot in 2018, endless rumors of marital discord and infidelity plagued their union. The two eventually ended their 14-month marriage when they got divorced in March.

In a long social media post, Michael revealed Gillian had cold feet immediately after their wedding banquet in Los Angeles. It wasn’t until Gillian gave him the separation agreement that he finally accepted the reality after going through a roller coaster of emotions. Once Michael published the post, many of Gillian’s friends came to her defense, claiming that the divorce stemmed from Michael’s immature behavior. 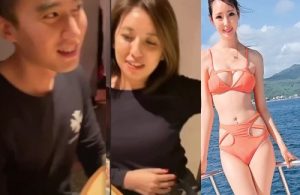 Her close friends shared that Michael was not only immature but also lacked motivation. After their marriage, Gillian could not tolerate his many nights out with online celebrities and other female friends. Regardless of his flirtatious behavior, Gillian chose to trust her husband. She told her management company that she would be on his side no matter what.

As for the reports that Gillian minded their income gap, her friends begged to differ. Not only did she shower him with expensive gifts to the point where Michael said it was enough, but also Gillian has always been supportive of his career and encouraged him to open his medical beauty clinic.

Her close friend said, “From day one, Gillian already treated Michael well. She invested money and helped him set up his medical beauty clinic. She just wanted him to prosper, but he didn’t take it seriously.”

Michael Did Not Keep Their Relationship Private 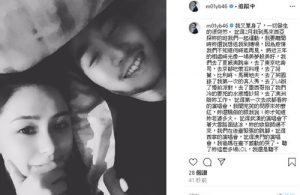 It was revealed that Michael would often share his marital situation with his clients. Though their divorce was meant to be on the down-low, he publicized it on social media and stated that he was being abandoned. However, many netizens defended Gillian and called Michael a bad man.

When asked about Gillian’s divorce, her good friend Rainie Yang (楊丞琳) responded, “I don’t think outsiders should be commenting about other people’s relationships, so sorry, but I will not be answering.”

As for Michelle Chua (蔡一鳳) , she said, “She is very busy, so we haven’t contacted this year. I don’t know how to respond because I am unsure of the situation.”

Gillian Chung and Her Husband Lacked Sexual Intimacy for One Year