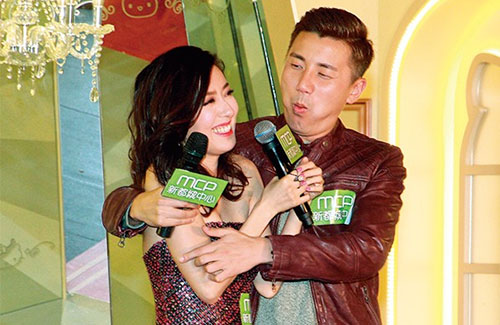 On May 16, Natalie Tong (唐詩詠) and Tony Hung (洪永城) each announced on their social media accounts that they have split, ending months of speculation. Rumors of their split first came about in January, when it was reported that Natalie and Tony were in a “cool-off” period. Speculations intensified in early May, when Tony did not attend Natalie’s birthday gathering; this was what prompted the couple to deliver some statements about their suffering relationship.

When the former couple of three years finally confirmed the breakup news last Tuesday, reactions were mixed. Though Natalie and Tony insisted on keeping their matters private, many rumors and different reports emerged about the reasons behind their split.

The first rumor pointed at their disagreements about the future. Natalie had wanted to get married, but Tony showed no signs of wanting to propose. Tony avoided Natalie whenever a discussion about marriage was brought up. Broken-hearted, it was said that Natalie ended things with Tony. A source said, “Tony has always been a very outspoken person, and when he’s around his girlfriend he tends to go nuts with his nonsense talk. Nat is a woman of the world; she is nothing but gracious and proper when she’s with other people. She tends to hide her emotions. Even if she had some disagreements with her boyfriend, she would be the one to stay quiet and give him the cold shoulder. Nat had hinted to Tony that she wanted to start thinking about marriage, but he never took it seriously. She couldn’t see a future with him.”

Another speculation points at a third party in their relationship. For years, Natalie has been rumored to be going out with her best friend Kenneth Ma (馬國明), a rumor that even Tony played along with last year. As for Tony, he started rumors with Sisley Choi (蔡思貝) soon after the two started collaborating in this year’s TVB anniversary drama The Learning Curve of a Warlord <大帥哥>. But the main gossip that allegedly broke their relationship started with Natalie’s friendship with Andrew Lo (盧啟邦), executive director of Sun Century Group, a business started by high-profile Macau businessman Alvin Chau (周焯華). According to a source, Andrew had been furiously pursuing Natalie in the past few months, influencing Natalie to have a change of heart.

All of these rumors have since been denied by Tony and Natalie, both stressing that marriage—or a third party—had nothing to do with their split.