Him Law Feels Ready for Marriage At Any Time 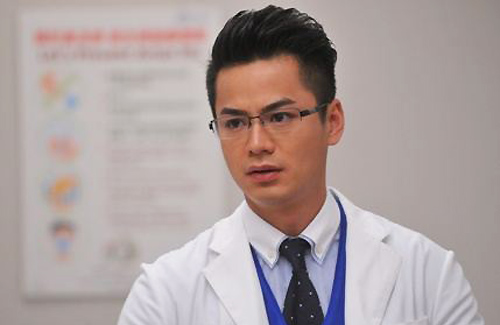 The Hippocratic Crush 2 <On Call 36小時II> star Him Law (羅仲謙) has said that he is prepared for marriage to happen at any time.

“I used to tell myself that I shouldn’t get married so soon, but now I feel that as long as you have a career, social economic status, and the approval of the other person, you are ready to get married. However, I will not give myself a deadline. Maybe by the time I marry I’ll be 40 years old. Maybe it’s going to be next year. I just won’t limit myself to one option.”

Both Him and girlfriend Tavia Yeung (楊怡) star in The Hippocratic Crush series, and although they do not portray a couple in the series, the media’s spotlight gradually fell onto them. “I don’t mind that,” said Him. “At least I know people are noticing the series.”

Him and Tavia are both career-minded individuals. After Tavia won Best Actress at the 2012 TVB Anniversary Awards, her career was taken to another level, and Him admitted that he felt immense pressure to do better. “Tavia’s success was through her effort, and it encourages me to work just as hard. After all, there aren’t as many young male artists as female artists. If I take good care of myself, maybe I can still be a siu sangwhen I’m 50 years old!”

Growing Up with “Yeung Chung”

In The Hippocratic Crush series, Him portrays Yeung Chung, a free-spirited recent graduate of medical school. In last year’s prequel, Yeung Chung is a naïve and over-confident houseman who is often protected from his seniors when he makes mistakes, but he grows to become a mature and professional doctor in the sequel. Experiencing life and death, win and loss, Him feels that that he is also growing up with his character.

“If I were to portray the old Yeung Chung, the audience would not see a breakthrough from me. I am thankful that my role has changed a lot this year. He has many emotional scenes, and it’s full of challenges.”

Him is known for his sunny boy appearance, and most of his roles in the past have reflected that playful and positive image. With The Hippocratic Crush 2, Him had to tackle the emotions of losing a loved one. Him has not cried so much in one drama before. “In the past I would get scared if I had to do a crying scene, because I didn’t know how to make myself cry, but for The Hippocratic Crush 2, I cried for an entire week. I do consider it as growth in me. It toughens [my acting].”