Since Him Law (羅子溢) became a father, he would spend any free time that he has with his daughter Hera. Known for being an attentive father, his social media account has been full of her photos.

A favorite activity between father and daughter is reading a picture book together. Although Hera is still young, she displayed a lot of interest in reading and her eyes were glued to the book! “Now I can listen to music and read books with her. I’m looking forward to learning and playing together during her journey to adulthood,” Him wrote.

It was a sweet Instagram post, but netizens instead focused on his handsome looks and praised Him for being a hot dad!

Although Hera is only 15 months old, Him has been busy gathering information on which playgroups and schools to enroll Hera in. Due to the competitive educational landscape in Hong Kong, most parents start researching schools when their children are toddlers, and Him is placing priority on the matter as well. However, Tavia Yeung (楊茜堯) became annoyed at Him when he forgot to enroll Hera in some events.

While the couple never fight, they can become stressed when trying to balance work with taking care of their daughter. When Tavia spent several months filming in China, Hera started calling her grandmother as “Mommy” instead. Heartbroken her daughter forgot about her, Tavia has no plans to leave Hong Kong for work in the near future. 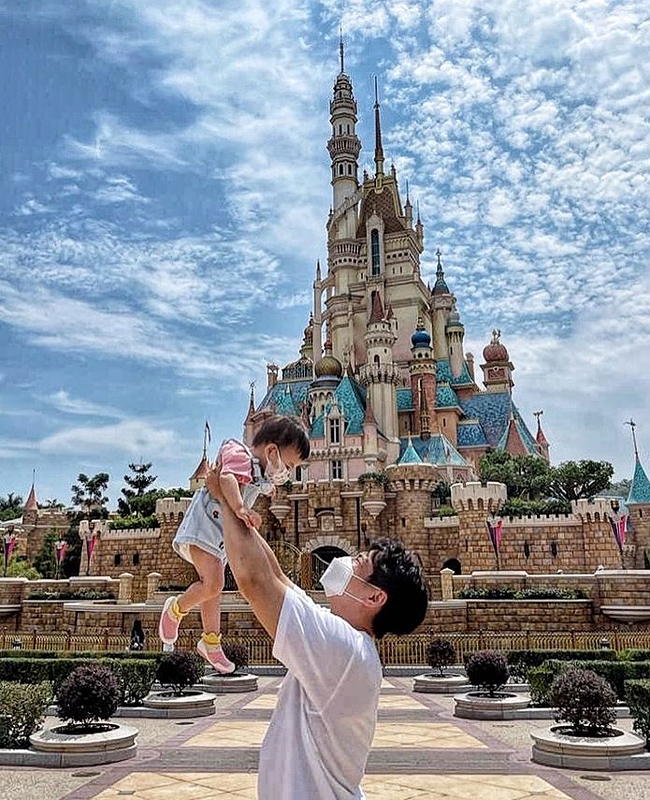